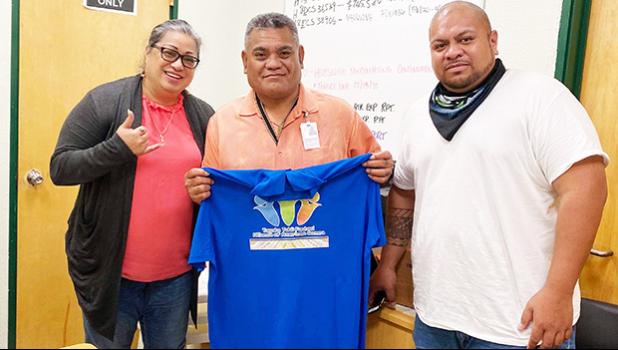 Kueni, Fou and Tulaga Whitcombe (taking the photo) represented TTFAAS to say THANK YOU Vesi and present him with a TTFAAS Admin t-shirt, after the quarantined residents left Tradewinds Hotel on Monday, Feb. 15, 2021. (All TTFAAS t-shirts are printed at IBC in Nu’uuli.)

TTFAAS will be holding their WAVE on Friday, not only to Thank the Government but also everyone who helped bring them home. It is also to serve as a reminder that there are many other stranded residents who are still wanting to come home. Samoa News understands DOH has not called anyone yet for the next flight, scheduled for March 2021.