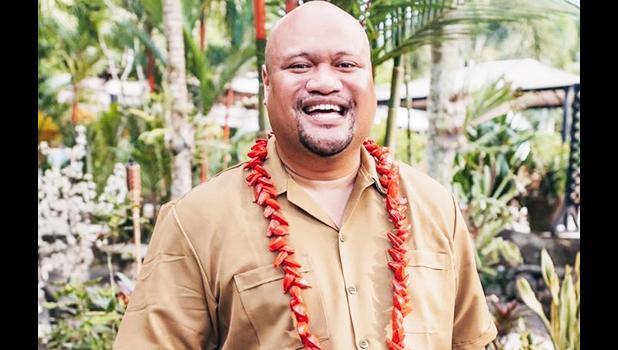 Auckland, NEW ZEALAND — "It all starts with the way you say ‘talofa’."

Seumanu Simon Matāfai is a COVID survivor — he was so sick with the virus last year he was hospitalised.

He is also a choirmaster, radio presenter and runs a Pacific events and entertainment group.

So when the largest Auckland COVID cluster to date consists of mainly Samoan community cases, a lot of whom have English as their second language, he knows exactly what to do.

Matāfai is supporting as a translator and interpreter for the Samoan community in Auckland and remotely for Wellington, as he is an orator chief and lay preacher of the Samoan Methodist Church.

“The first seven seconds of your conversation determines the tone,’ he says.  “It's how to say ‘talofa’ lowly and humbly with a lot of sincerity. It is more legato, smooth and sweet,” he says.

He is not a fan of some styles of interpreting where one can sound mechanical and robotic, especially if they speak Samoan to the chiefs and elders. “It almost comes across as condescending because they don’t know how to use the appropriate, respectful language.”

As a choirmaster Matāfai could hear the fear in people’s voices during this prolific breakout, which is hitting the Samoan community hard.

He says it is important to have a deep knowledge of both languages to communicate accurately.

“Words like isolation. There’s no Samoan term for isolation. But there’s a way to explain it in a phrase.

“We have fewer letters in our Samoan alphabet and our language is more poetic, it extends from a chief model, it reflects the ecosystem of Samoa and ancient stories. So, instead of saying ‘good morning’ I say in Samoan ‘the clear blue skies are above me’.”

He makes a link with the Elizabethan English that Shakespeare used when he is speaking to chiefs or elders because they do not use everyday Samoan.

And there are other cultural dynamics such as the “sacred space” between male and female, brother and sister.

IT'S CRUCIAL TO GET IT RIGHT

If he doesn’t get it right they won’t trust him to share their concerns. And the tone is crucial because he cannot speak to them face to face. He is usually on the phone or radio.

When he heard about an elderly deaf man in MIQ who had been unable to communicate with staff, he wrote him a letter in Samoan that was passed to him with his lunch to let him know that they could speak to each other by text.

It helps that Matāfai is a COVID survivor – he was in the AUT cluster last August.

“It’s quite a shock, you hear about it on the media and you think it's hype. But when it happens to you, you feel like you’re going to die, you are getting a death sentence.

“But I say to people, we got through it and I reference my parents, they were also in the cluster.”

He is there on the phone when people get their daily health checks, talk about their pain, tell him on a scale of one to 10 how bad it is, and talk about their medical history. And he can share his own story with them.

SMOOTHING OVER THE DAMAGE

Matāfai’s work is going some way to counter the damage inflicted on the community by the way our biggest sub-cluster has been handled during its COVID experience.

The Assembly of God Church of Samoa in Māngere — the worst affected of any group in this current Auckland breakout —  says it lost trust in health officials because of their “denting” and demanding approach.

The church felt bombarded by authorities and also felt like they were being blamed for the outbreak. The Ministry of Health put out a tweet asking people to be kind, saying racist comments were being directed at people caught up in it. The backlash even caused the normally mind mannered Director General of Health Dr Ashley Bloomfield to describe the reaction as “disappointing and frankly gutless".

Part of the conflict and confusion was about getting to the bottom of which church service was involved.

Jerome Mika, from the South Auckland charitable trust The Cause Collective, stepped in to help co-ordinate efforts, and ended up becoming the church spokesman.

Contacting people in the Pasifika community wasn’t easy — Mika says there’s the language barrier, there are wifi access issues and some families only have prepaid phones.

There’s also the fear of having done something wrong.

“The church felt really dented by the approach at first and it lost a lot of trust with it,” he says.

“To the credit of health officials and Auckland Regional Public Health Service (ARPHS), they’ve tried really hard to engage and build that relationship again and it is getting stronger.

“I think the government’s intent has been very commendable,” says Mika.

“I think the execution of some of the people lower down has been questionable.”

A lot of people in the Pasifika community are very busy. That’s the reality when money is tight and parents are just trying to provide for their families.

Mika says some parents work two jobs each and when they’re not at their jobs, they’re at church. They aren’t glued to the 1pm daily presser or checking the locations of interest every day.

“Watching the news is not a priority for them….you’ve got shift workers, a number of people who have different jobs,” he says.

Getting messages from a health official can be daunting but a familiar face does go a long way. With the help of The Cause Collective (TCC), church leaders the Reverend Fereti Toleafoa and his wife Rebekah Toleafoa, they spoke with each minister of the different congregations involved in the outbreak — relaying the scale of the spread, and the importance of isolation and getting tested.

Church ministers then called and contacted their own individual members, but Mika says Reverend Fereti and Rebekah repeated the same information through daily zoom meetings as well as posting in the church’s private Facebook page.

Around 750 people showed up, even though only 500 people had been at the church event and some of them had already been tested once or twice.

“Reverend Toleafoa stood next to his car for the whole day just waving and reassuring people that he was there,” says Mika.

The church is working with South Seas to organise a mass vaccination of members in the next couple of weeks.

Last week the government announced $26m for Pasifika Health providers to support its community, particularly those caught up in the recent outbreak.

It’s a welcome boost for those working on the ground. But messaging is also important.

Mika says there are too many layers of bureaucracy involved in relaying messages. The information chain goes through almost everyone, from the Ministry of Health to ARPHS to providers.

Mika says the government should direct messages straight to providers instead to avoid a “natural lag” and a “bottleneck”.

“In this particular case, it’s about support being based around the families, not the families being put through a rollercoaster ride of bureaucracy, you know all the layers and layers of health,” he says.

After the lockdown Mika says there needs to be a “big conversation” about how health authorities communicate with the Pasifika community and how local health providers can take a bigger role in coordinating health responses in their own community.