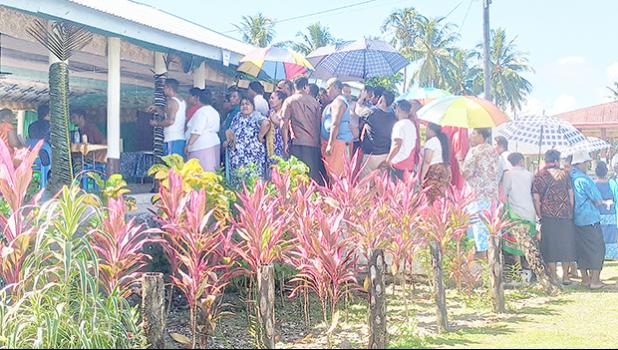 These voters in Samoa lined up in the hot sun yesterday determined to cast their votes in the Falelatai and Samatau electoral district. Neither party is conceding defeat or claiming victory and with counting and other potential formal processes to go through yet, no formal conclusions can be drawn yet. Samoa Observer says one thing is certain, the XVII Parliament will look more diverse, competitive and therefore accountable than its predecessor — regardless of who forms Government. [photo: Vaitogi Asuisui Matafeo / Samoa Observer]