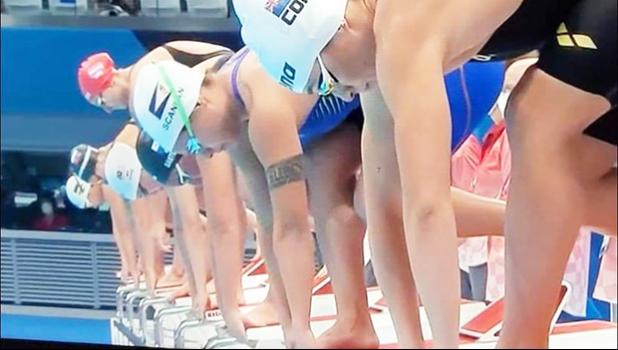 Way to smash it Tilali Scanlan! Tilali has a new PB of 1:10.01 and has set a new ASA national record for 100m Breaststroke. She finished 3rd in her heat in the 100m breaststroke, beating her personal best of 1:13. Tilali reminds everyone to “check out the official olympics.com page and be sure to also follow the competition schedule of our other Team ASA Olympic athletes! Go Team AMERIKA SAMOA!” [photo: Tilali Scanlan’s Facebook]