'We Are Samoa' Celebration for the man behind the music 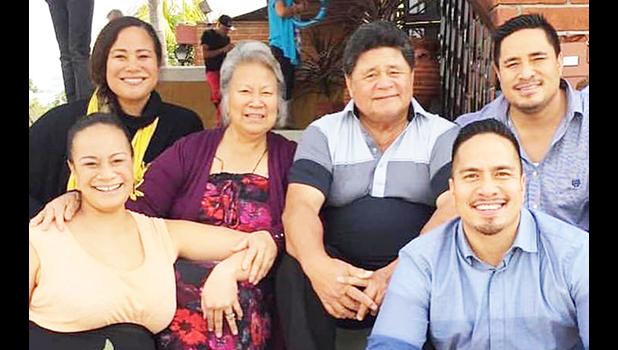 Auckland, NEW ZEALAND — Fa'anana Jerome Grey, the man who famously penned the song, 'We Are Samoa' is being celebrated this weekend.

Grey was travelling through Alaska in the late 1970s. In that landscape of snow and ice, he became deeply homesick for the tropical islands of his birth. So, he wrote the song that has become an unofficial anthem for Samoa.

To celebrate his 75th birthday his children are hosting a musical gala in Costa Mesa, California.

The 'We Are Sāmoa Gala' will celebrate Polynesian culture and bring together community members from near and far to celebrate Grey through the art of music, dance, painting, and fashion.

Grey is regarded as one of Samoa's patriarchs of music and song-writing. In August 2021 he was named as "Polynesia's Artist of the Decade" by the Asia Pacific Cultural Center in Tacoma, Washington.

His daughter Ana said she looks forward to the opportunity to give back.

"The We Are Samoa gala is about celebrating life. It's about celebrating the Polynesia culture through the arts. This is the first event of its kind being held here in Southern California. We are also going to be raising money for initiatives that are extremely important to the Pacific Islands community, to support those young budding artists in our community as well as talking a little bit more about health, specifically regarding diabetes and heart disease and the impact of those two diseases on our community."

His other daughter, Sisa said supporting diabetes and heart disease outreach is a meaningful way to honour the memory of their grandfather and mother.

"Our Dad had two strokes so far and normally they say the third one is not really one so, we've been wanting to get back to honour Dad and also our grandfather who passed away with the heart attack, three as well. We wanted to have that in place and also diabetes, those two go hand in hand because Mom, that's how we lost our Mom. We wanted to have those two things in place for our parents, and I know it's something that's common in our people."

Fa'anana has been credited with creating a fusion of Polynesian/Samoan music with a number of different musical styles such as rock, pop and jazz.

His first album, 'Ava' was released in 1979 capturing the hearts of the Samoan people around the world.

But, it was the song 'We Are Samoa,' that propelled Fa'anana to the heights of fame, even performing for former U.S President Jimmy Carter and Congress in 1980.

Fa'anana's son, Tini, said the song has since become the unofficial Samoan anthem.

"You know the song was written in the late 70s when my Dad was travelling and touring the United States and he was in Alas in the middle of winter because he had a contract to play out there for a few weeks. He found himself in the middle of a hotel room and just looking outside at this cold blue blizzard and he was missing the warm weather, the green and blue of Samoa, the warm smiles and culture. Everything about home, he missed, when it came for the time for him to write these lyrics, it came in about ten minutes. That's why I feel like it has stood the test of time, even to today. Many have tried to cover 'We Are Samoa' nothing still comes close to the original recording."

Although the event is held in the U.S, the Grey family hasn't ruled out extending the 'We Are Samoa' gala to other countries where there is a strong Pasifika presence.

Sisa Grey said that seeing other Pacific people succeed is inspiring and that following your dreams is always worth it.

"Our people are making such a great move where ever they are and it's evident in what we see in the news and how we see our people climbing up the ladder of success in whatever marketplace they have been called to, and it's really awesome to see our people thrive"

Inspired by their father's musical journey spanning over 40 years, the Grey siblings have each produced their own impressive careers in the entertainment industry.