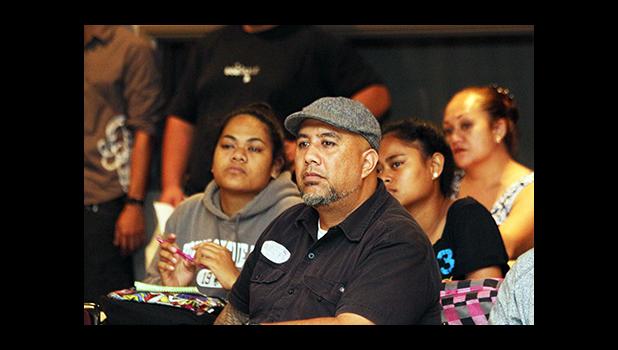 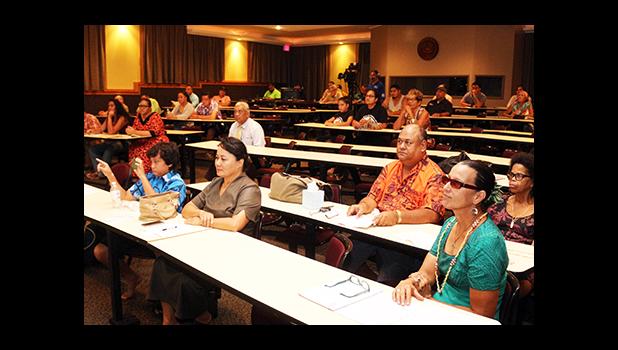 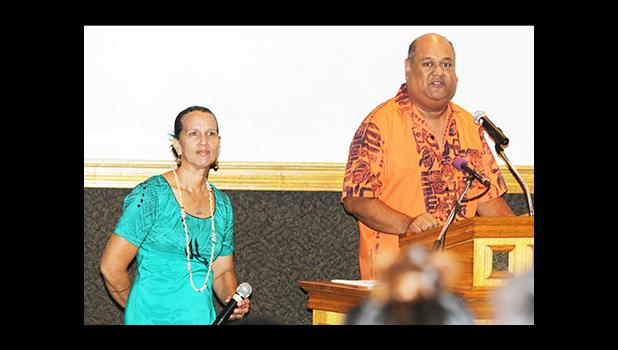 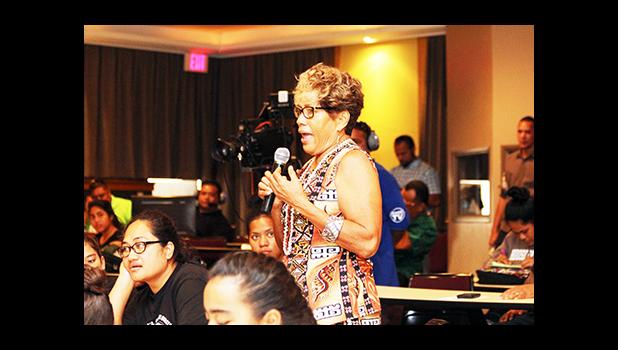 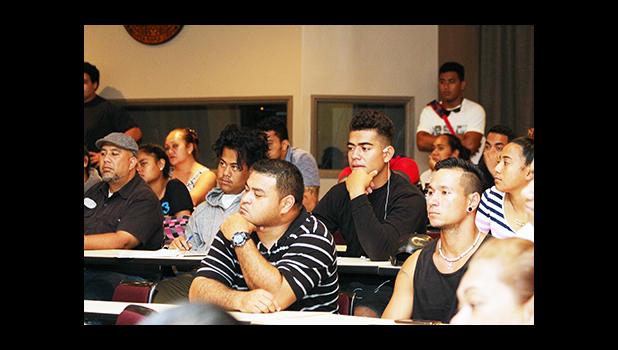 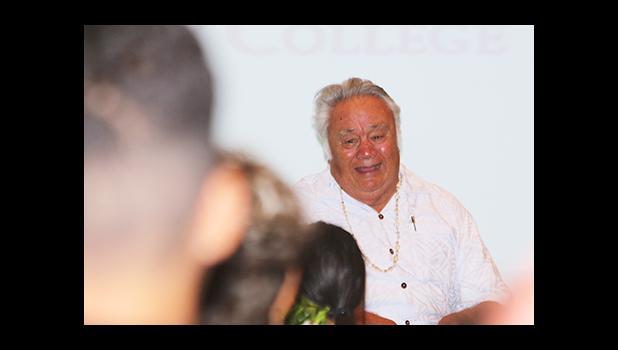 With the addition of the forum this year, the festival paid homage to its cultural and historical roots, while honoring its modern inceptions as an art form — often referred to as ‘skin art’ in modern day terms.

Conducting the Forum was the Professor of Music for the American Samoa Community College Fine Arts Department, Poe Mageo – who welcomed their honored guests, friends, families and students of ASCC to this first ever forum, held at the ASCC lecture hall.

Introducing the keynote speaker of the forum – Dr. Unasa Lulu Felise Va’a. Mageo said “our keynote speaker is a graduate of Marist Brothers School in Apia, followed by his at St. Thomas School in New Zealand. His secondary education started when he went back into college in Silver Stream Upperhutt New Zealand.” Mageo noted the retired professor obtained his PHD from Australia National University in Social Anthropology, and “assisted in the planning of the new Bachelor in Samoan Studies program, which was implemented in 2007” at the University of Samoa.

Dr. Unasa’s presentation started off by reflecting on past writers on Tatau, like Kramer in 1995, Marquardt in 1984, and Mcgreevy in 1973. Dr. Unasa said, “We are grateful to these three writers for their accounts of tattooing in Samoa at the present time. Kramer discussed the tatau as a declarative art of Samoa. It is the ancient bible of Samoa bound out in written form.”

Of the customs of the Tatau, Dr. Unasa said, “The tatau customs were obliterated in Manu’a and almost in American Samoa. Only in Samoa (Western) was the tatau continued, mainly because the Wesleyan and the Catholic religion allowed it.”

He added, “In traditional societies like Hawai’i and the Maori of New Zealand, and the Tahitians, the missionaries had almost completely put a stop to the practice of tattooing.”

Dr. Unasa went on to discuss the symbols of the Samoan tatau, starting with the back of the male tatau “the “Va’a”, it symbolizes the fact that one of the functions of the ‘tautua’ was to store, accumulate funds for the chiefs in order for him to marry – in the old days in Samoa, you cannot just get married, you have to give your bride a lot of gifts – it could be in the form of pigs, fine mats, etc.”

He continued, “We need to know the future of the Samoa tatau, I am mainly treated in the implication of the tatau from a “mana” point of view. The tatau, for Samoans in Hawai’i, Australia and here at home in both Samoa’s – represents cultural identity, a potent signifier of tattooed Samoans attempt at self-definition.”

“Symbolism behind some of the motifs are – Alualu, Aso Faaifo, Aso Talitu, Fa’aatualoa-sa, Fa’aatualoa Tasi, Fa’aila, Fa’amata’upega, Fa’amulialiao, Fa’aululaufao, Fa’aulutao, Fa’avae’ali, Fusi, Pe’a, Pulatama, Pute, Saemutu, Soga’imiti, Umaga, Utu Teu Upu, Va’a – these are some of the better-known motifs of the Samoan tatau and what they stand for, culturally speaking. But there are also many other motifs, which no doubt also have their unique meanings.”

Dr. Unasa also discussed the meaning of the symbols “Tatau and Malu represent in functions of males and females, a title written on the skin. The motifs of the tatau are symbols with meanings, which remind Samoans of their duties and obligations towards their relatives and fellow-Samoans.”

Moving onto the topic of why most Samoans get tattooed, Dr. Unasa said, “Reasons for tattooing include: cultural identity, doubles (soa), serving the chief, family tradition, admiration of others ‘tatau’, parents wishes, or examples from parents.”

The forum offered a brief question and discussion session for those who attended. Of note, Dr. Unasa did not discuss legends associated with the tatau, including the most renown locally of two women from Fiji bringing the tattoo-forms and instruments (tatau & malu) to Samoa. He was asked, but said he did not recognize the legend.

As of now, there are only six known or recognized tatau writers around the world:

*           Kramer, A – 1995 THE SAMOA ISLANDS. An Outline of a Monograph with particular consideration of German Samoa Volume II