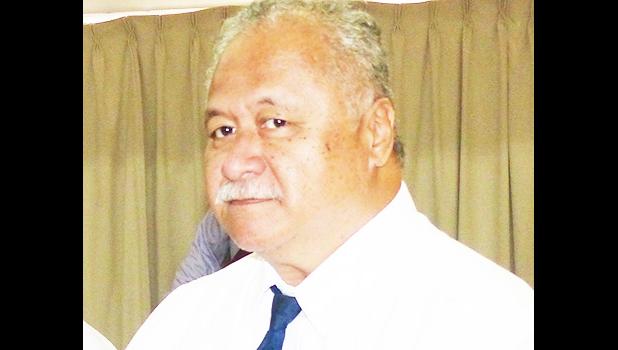 At the meeting the governor, in addition to Con-Con planning, went over details of the proposed three-day mass vaccination campaign. Dr. Francine Amoa explained the changes made after consultation with numerous ASG and private sector partners. (See separate story elsewhere in today’s edition on latest details of the December mass vaccination drive.)

The 2022 Constitutional Convention planning is underway, according to Office of Political Status, Constitutional Review and Federal Relations executive director Tapaau Dr. Dan Aga who aked Fono leaders, "My main question for you this morning to you leaders is — is there a need to make changes to the Constitution? This is a priority for this Administration. I believe the territory should be educated on when the last changes were made and understand the process of those changes," Tapaau said.

Senate President Tuaolo remarked, "This has always been a critical topic for our Territory since US Congress approved our Constitution in 1960. We must look at all options available for different types of partnerships that other Territories under the DOI have in place." Speaker Savali added, "You will have the Fono's full support in carrying out this endeavor.  I also would like to wish Tapaau and his office our best regards in undertaking such a great task."