With 8 suspected cases of COVID-19 under investigation in Samoa, American Samoans are urged to heed the color-code system to combat coronavirus in the territory 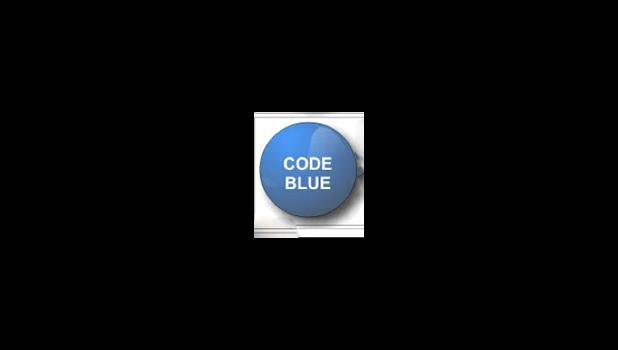 Pago Pago, AMERICAN SAMOA — With as many as eight people being investigated by the Samoa Ministry of Health for Coronavirus (COVID-19), the public is reminded that there is a continuing public health emergency and effective Monday, March 23, all entry permits are suspended and all public and private schools will be closed.

(See story on updated school closings in this issue.)

All public and private schools, American Samoa Community College and day care centers will be closed, effective Monday, Mar. 23rd - under an amendment made Friday night by Gov. Lolo Matalasi Moliga to his Declaration order issued Mar. 18th, that extended the State of Emergency in American Samoa to April 17th to combat the global coronavirus pandemic.

Under the governor’s extended order, American Samoa’s three-level color-coded threat level is activated starting with Code-Blue, which is the lower threat level, when there is no confirmed COVID case but new stringent requirements are implemented including banning of large gatherings.

This threat level, according to Governnor Lolo M. Molinga’s Amended Declaration, means all public gatherings — including bingo halls, theaters and traditional gatherings, “are suspended” while ASG departments are required to stagger working hours for workers, and bars and night clubs are imposed with certain restrictions, including the number of patrons or customers who can be in attendance.

American Samoa’s “efforts must now focus on preventing, containing, and responding to the imminent threat posed by COVID-19 pandemic,” he said and declared that effective Monday, Mar. 23rd, all entry permits remain suspended until further notice.

•     Code Yellow — with one confirmed case in American Samoa, this code will continue restrictions to slow the spread of the disease within the territory

•     Code Red — in the event of severe spread of the disease locally, major protective measures will be enforced.

“The public is advised that current threat level is Code Blue,” the governor said noting that any changes in the Code level will be announced at such times necessary.

Under “Code Blue” all ASG departments are to stagger staffing coverage and use a 4-day workweek for employees — 10 hours per day — to ensure sufficient coverage but limited interpersonal exposure.

“Only private family gatherings of no more than 10 people will be permitted,” the governor ordered, adding that the Department of Public Safety is tasked with ensuring that public gatherings disperse and that failure to obey this restriction will be prosecuted as a Class A misdemeanor under local law.

Furthermore, all businesses “will only be allowed to operate from 6a.m to 6p.m but restaurants, bars and night clubs will be limited to no more than 10-person occupancy. Businesses are also encouraged to keep their facilities sanitized.

However, quarantine will not be imposed on COVID-19 workers from affected states and foreign countries. (Samoa News notes that as of yesterday the US government reports that all states and the Washington D.C. have confirmed cases.)

Also under Code Blue, US citizens and US nationals who are local residents and legal local residents are to show proof of American Samoa residency through local ID, hospital ID, or utility bill. Proof of residency will exempt them from the OK Board process.

Other issues under Code Blue:

•     public is encouraged to avoid touching the face, thoroughly wash hands with soap for 20 seconds or use hand sanitizer of more than 70%.

•     unnecessary travel to affected foreign countries and states is discouraged.

•     social distancing methods are to be encouraged such as video conferencing, phone calls, emails for communication

•     all off-island medical referrals to New Zealand are suspended but option will be considered only for medical emergencies at the discretion of LBJ physicians.

•     visitation to the Territorial Correctional Facility will be closed.
Laboratory tests are being done to confirm or rule out seasonal flu and COVID-19.

(See related story explaining in detail the other code levels and click on attachment at end of this report to read full text of the Governor’s amended declaration.)

IN SAMOA
.
The cases being investigated in Samoa have a history of travel to or contact with a relative who had travelled to Australia, Fiji, New Zealand or Spain and then had flu-like symptoms upon return to Samoa. All cases are now in isolation and being monitored closely by the Ministry of Health.

This means that the patients are being cared for separately from other patients to ensure that there is no transmission of COVID-19 if it is eventually confirmed.

These patients were brought to care through the work of both public and private medical providers working to prevent Samoa from having an outbreak.

The patient’s samples have been sent to a laboratory in New Zealand for COVID-19 testing. The public will be updated immediately as soon as we have further information. As of today, the results are still pending.

The Ministry is presently following up all persons who came into contact with these patients for medical examination to determine if they need to be isolated. They will also be interviewed to find out who they have also been in contact with recently. This process is called contact tracing and it helps the Ministry to manage and stop the spread of diseases.

We encourage all persons who have travelled or transited through countries affected by COVID-19 to monitor themselves for the development of fever, cough and shortness of breath. If you have any of these symptoms please contact the Ministry of Health COVID-19 call centre or a doctor for advice.

Additionally, please self-isolate at home. That is to stay in a separate room from family members and use separate eating and drinking utensils.

The Ministry of Health is taking full precautions and preventive measures, to control the transmission of COVID-19, including preparing the health system to treat and care for our patients.

(Click on attachments to read full text of Samoa Ministry of Health notice in both English and Samoan.)