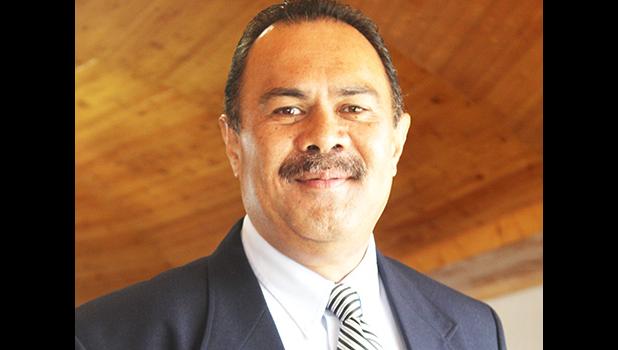 Pago Pago, AMERICAN SAMOA — The Department of Human and Social Services (DHSS) along with the local Homeland Security Department (ASDHS) is finalizing a report for submission to the Development Bank of American Samoa, which could offer housing assistance programs to families whose homes were severely impacted by the recent monsoon trough followed by two back-to-back storms.

Gov. Lolo Matalasi Moliga has directed ASDHS and other ASG agencies conducting damage assessments to provide a plan on how the government will help affected families instead of just conducting more assessments without a solid plan.

At a presentation during the cabinet meeting Wednesday, the governor reiterated this same message saying that it doesn’t look good that the government has conducted four or five assessments but no solutions have been found to help these families.

The ASG assessment confirmed two homes were destroyed; six sustained major damage; 32 homes were “affected” by either water, wind or other types of damages; and there were 18 homes with minor damages.

DHSS director Muavaefa’atasi John Suisala told the cabinet meeting that his department and ASDHS is completing a report of the two destroyed homes and the six that sustained major damage for submission to DBAS for possible assistance to these affected families.

He also said that DHSS assessment along with other ASG agencies identified 115 “displaced families” — with a total of 671 family members.

Of the total displaced families, 112 families were evacuated to l7 shelters — six public schools and 11 operated by churches — while three families opted to stay with relatives. Furthermore, the three families, sustained severe damage to their homes.

Of the 115 household families, 111 of them have returned to their homes.

According to the DHSS director there are currently four “displaced” families, with three families living with relatives and one housed at the shelter offered by the Fagatogo Catholic Church.  The rest of the other 16 shelters are already closed.

Muavaefa’atasi also provide information on ASG assistance offered to the 4 displaced families, with the first one from Malaloa whose home was completed destroyed and the family is staying with relatives.

DHSS offered services, such as staying at the ASG shelter in Tafuna, while DHSS looked for a rental home for which the government pays three months of rent and utilities — water and electric  — through a federal grant program administered by DHSS.

However, Muavaefa’atasi said the elderly female head of household declined the offer, saying they are doing well where they are at this point staying with relatives and that the family’s children living in the US are prepared to send money for the family to rebuild their home. Additionally, the head of household is receiving food stamps through the DHSS disaster food assistant program, as part of federal funding under Tropical Storm Gita.

The second family, whose home was also completed destroyed, was offered the same services. DHSS is working on securing a rental home for the family for three-months and that the head of household receives regular food stamps as well as additional food stamps under the disaster assistant program.

The third displaced family, along with the second displaced family, was staying at the home in Pago Pago that was destroyed. For this third-family, DHSS is now working on securing a rental home for three months and the family will soon pick up food stamp vouchers through the disaster food assistant program.

For the 4th displaced family, which is from Fagatogo and currently staying at the Fagatogo Catholic church shelter, Muavaefa’atasi said this family declined the offer to move to the ASG shelter in Tafuna saying that the current shelter is closer to work and school for the kids.

And this family has requested for DHSS to find a rental unit within the town area for three months paid for by ASG. Disaster food assistance through the food stamps has been provided to this family and members of the family are currently WIC recipients.

The American Samoa Power Authority gave an update in which as of Tuesday there are only 11 families without power and crew will continue to work on electric restoration. According to ASPA, among the reasons that there were so few power outages island-wide during and immediately after the storms, was their tree trimming campaign over the last three months in preparation for the current hurricane season.

There was also the availability of the new fleet of bucket trucks, materials and other equipment on hand for crew to immediately respond to the community.

The American Samoa TeleCommunications Authority also gave a brief update, to which the governor reminded ASTCA that in today’s world, many families depend on telecommunication and internet service. He asked that ASTCA do all possible to ensure that all families have their internet and phones connected.