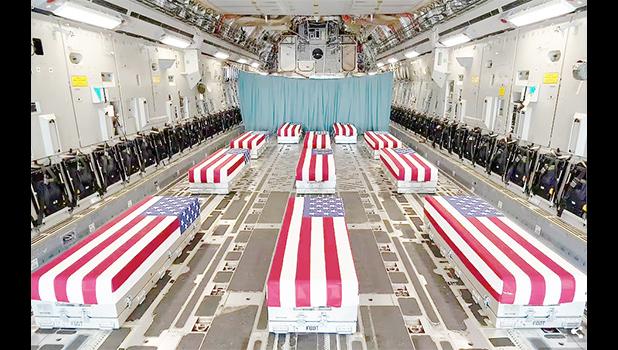 “The United States lost 13 brave members of our all-volunteer Armed Forces, who were selflessly serving others and in Afghanistan to get others to safety.

“They knew they were working in risk-filled, dangerous circumstances, but they were serving the nation, helping bring Americans home and allies away from harm.

“Like many before them, they are now part of a great, heroic honored legacy. All their families are now Gold Star families, and have our deep sympathy, gratitude and love.

“Of other Service Members that were wounded, their service and sacrifice must also be remembered.

Finally, many are still serving there, and remain in our prayers until this operation is over,” Uifa’atali Amata stated.

The Pentagon has released the following names of the fallen: