American Samoa could be a model for responding to Zika outbreaks 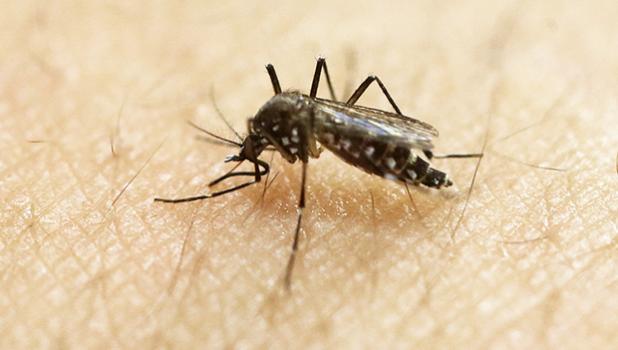 By
Deepak Chitnis, Ob.Gyn. News
Syndromic and enhanced surveillance employed during a Zika outbreak in American Samoa last year is credited for bringing a quick end to ongoing transmission and could be used to predict when ongoing transmission in similarly small populations will end.
“Establishing a timeline for discontinuing screening of asymptomatic pregnant women allows ASDoH [the American Samoa Department of Health] to allocate resources appropriately toward early interventions for children and families affected by Zika virus,” W. Thane Hancock, MD, of the CDC’s Office of Public Health Preparedness and Response, and his colleagues wrote in the Morbidity and Mortality Weekly Report (2017 Mar 24;66[11]:299-301).

Laboratory-confirmed Zika cases first cropped up in American Samoa in January 2016, prompting the implementation of protocols to reduce the mosquito population, along with syndromic surveillance based on electronic health records to determine which patients may be at higher risk. Routine testing of all asymptomatic pregnant woman, along with individuals with one or more symptoms of Zika virus, also became standard procedure. Real-time, reverse transcription–polymerase chain reaction (rRT-PCR) testing was used to confirm suspected Zika virus cases.

“Early in the response, collection and testing of specimens from pregnant women was prioritized over the collection from symptomatic nonpregnant patients because of limited testing and shipping capacity,” the researchers wrote.

By May 2016, suspected cases had dropped from six per week during January and February, to just one per week, with the last laboratory-confirmed case occurring on June 19, 2016. In August, the ASDoH proposed ending routine screening of asymptomatic pregnant women by Oct. 15, 2016. Transmission data from American Samoa and the CDC were used to determine the Oct. 15 date as an estimate for when active mosquito-borne transmission would end.

To confirm that local transmission was no longer ongoing, enhanced surveillance was implemented from Aug. 31 to Oct. 15, involving free testing at local clinics. Over the course of 45 days, there were a total of 32 patients suspected of having a Zika virus infection.

Two of these subjects’ specimens were not sufficient in sample size to be tested, but the other 30 underwent rRT-PCR testing within 30 days of symptom onset, and all the results were negative. Additionally, 277 asymptomatic pregnant women were tested and 86 (31%) tested anti-Zika IgM–positive or equivocal. All 86 specimens later tested negative by rRT-PCR.

Given the possibility that Zika virus can persist in semen for 6 months, officials recommended permissive testing of asymptomatic pregnant women who conceive through April 15, 2017 “as a conservative approach.”