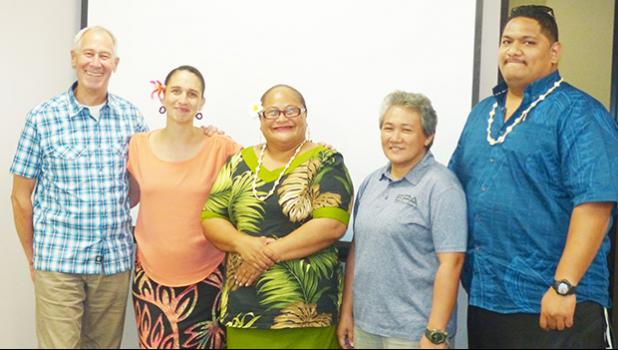 Pago Pago, AMERICAN SAMOA — The American Samoa Environmental Protection Agency (AS-EPA) is strongly supporting a proposed ban on Styrofoam containers. Still in the discussion phase, the proposal is expected to be introduced in the Fono next month, when the next session of the 36th Legislature convenes.

The campaign was launched early last month with an AS-EPA presentation for members of the American Samoa Chamber of Commerce (COC). The issue was again discussed last Thursday, during a COC general meeting at the old Argosy conference room.

According to the draft proposal, due to the physical properties of polystyrene foam, the USEPA finds that “such materials can have serious impacts upon human health, wildlife and aquatic environment, and the economy.”

The proposal notes that polystyrene contains a chemical used in the production process called “styrene” that has been linked to cancer, as well as reproductive and developmental disorders by the National Research Council. Styrene leaches from polystyrene foam containers into food and drinks. According to the Styrene Information Research Center, whose membership consists of approximately 95% of the North American styrene industry.

With regards to the marine environment, the proposal points out that polystyrene foam breaks down into smaller, non-biodegradable pieces that are often mistaken for food and ingested by seabirds and other marine life.

Under the proposed Act, the importation, sale, or distribution of polystyrene foam containers in the territory will be prohibited.

There are exemptions, however. They include: imported prepackaged food; trays used for raw meat, poultry, fish, or frozen foods; polystyrene foam coolers and ice chests intended for re-use; and packaging materials for non-food items.

Special requests can be made for an exemption, and the process begins with a written application to the AS-EPA.

According to the draft proposal, the Act shall become effective one year after passage by the Fono, and approval by the Governor.