Arrested for DUI, man found to be driving on a driver’s license — suspended for DUI 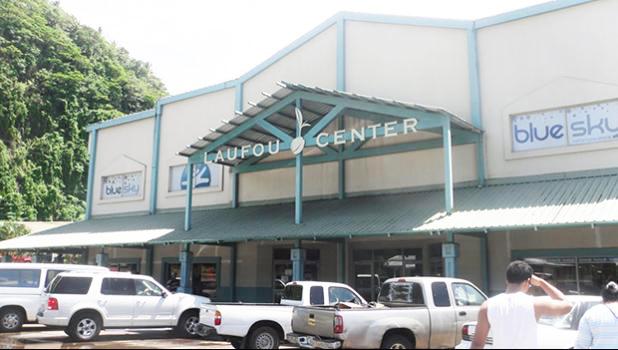 Pago Pago, AMERICAN SAMOA — A man arrested for driving under the influence of alcohol is now facing a felony charge after police found out that his driver’s license was suspended for 6 months after he was convicted for DUI in January of this year.

Francis Iakopo appeared in court this week for his initial appearance. The government charged him with DUI, a class A misdemeanor, along with several traffic citations. When Iakopo’s case was called in court this week, the prosecutor informed the court that the government will file additional charge against Iakopo after police complete their investigation.

The government claims that on May 16th, police officers patrolling the Nu’uuli area observed a black SUV driving on the wrong side of the road in front of the Laufou Shopping Center.

When officers approached the driver, they attempted to inform him of why he was stopped, but the driver was unable to speak to officers clearly. The driver of the black SUV was later identified as Francis Iakopo, the defendant in this case.

When asked for his driver’s license, Iakopo lied to police saying that he lost it last month when an unknown person broke inside his vehicle and stole his wallet and cash. he had no other form of photo identification on him.

As officers were speaking to Iakopo, they observed a strong odor of alcohol coming from him. When asked if he had been consuming any alcohol, Iakopo replied saying, “Only one large bottle of … beer.”

Officers informed Iakopo that since he didn’t have any photo Identification or a drivers’ license to identify himself, his vehicle would be impounded, and he would be transported to the Tafuna Substation for further investigation.

No illegal drugs or weapons were found in Iakopo’s possession during a pat down by police.

Police were able to obtain Iakopo’s file from their system, which confirmed that his driver’s license had been suspended for 6 months in January of this year, after he was convicted for DUI by the court.

During Iakopo’s initial appearance, the court increased his bail from $500 to $1,000. If he posts his bond, Judge Elvis P. Patea ordered him not to drive a vehicle in the territory while his case is still pending and to stay away from alcohol and illegal drugs.

Iakopo was arrested for DUI on Oct. 12, 2019 during a traffic stop in Iliili. In January  of this year, he was convicted for DUI and the court sentenced him to 12 months probation under several conditions including no more alcohol or illegal drugs. The court also suspended Iakopo’s driver’s license for 6 months, which is through July of this year.

During his sentencing, the court strongly advised Iakopo that if he was found driving a motor vehicle on any roads in American Samoa for whatever reasons, he would be arrested and charged with a felony.

If convicted by the court, he will serve a mandatory period of 90 days at the Territorial Correctional Facility (TCF).