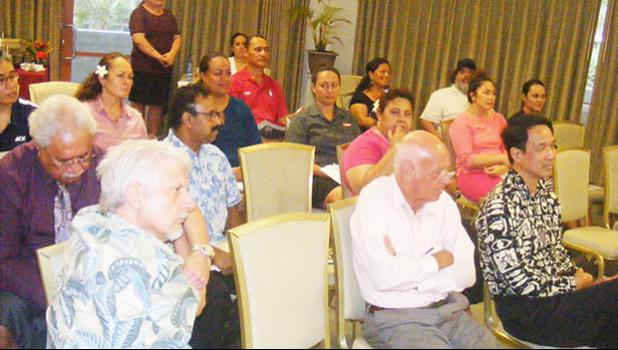 In an effort to attract foreign investors, the American Samoa Government has applied to the federal government for a regional center in the territory under the federal EB-5 Immigrant Investor Program, which is known as EB-5 Program for the name of the employment-based fifth preference visa that participants receive.

Under the EB-5, which is administered by the US Citizenship and Immigration Services (USCIS), entrepreneurs (and their spouses and unmarried children under 21) are eligible to apply for a green card (permanent residence and work permit) if they:

•     Make the necessary investment in a commercial enterprise in the United States; and

The US Congress created the EB-5 Program in 1990 to stimulate the U.S. economy through job creation and capital investment by foreign investors, according to USCIS website (www.uscis.gov for details of the program).

During his economic development presentation at Wednesday night’s meeting of the Chamber of Commerce, the Department of Commerce Acting Director Keniseli Lafaele revealed that American Samoa is applying for the EB-5 program, where “foreign investors are invited to invest in the United States.”

He says most US states as well as cities and counties have this program. Additionally, all US territories have this program, except for American Samoa and “maybe because of our unincorporated and unorganized political status. We don’t know,” Lafaele told Chamber members.

“Nevertheless, we went ahead and filled out an application [which] was submitted last year,” he explained. It “usually takes three to four years to get an answer, but we aim to really fight for that program to locate a EB-5 regional center in American Samoa.”

This is the first time an ASG official has spoken publicly about this program, and that an application has been sent to USCIS.

However, in Gov. Lolo Matalasi Moliga’s official written State of the Territory Address, it’s noted briefly that DOC has submitted an application to the USCIS and is currently awaiting approval.

During his presentation, Lafaele reminded Chamber members that American Samoa has its own foreign investment program “where we entice foreigners to invest $1 million in our economy” and in return “we allow [the] foreigner to live here and have a chance to become a permanent resident.”

The “Foreign Investment” provision is found under Title 27, Chapter 26, of the American Samoa Code Annotated (ASCA).

Samoa News will report in future editions on a wide range of issues covered in Lafaele’s presentation.