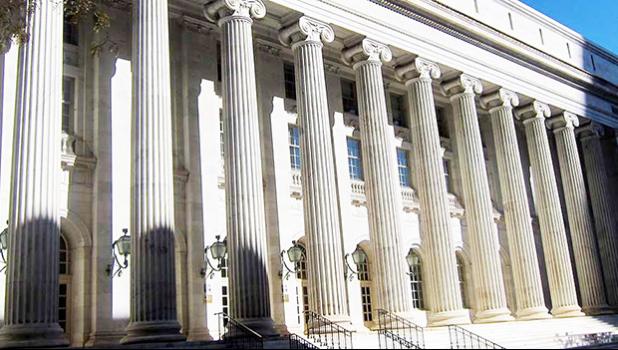 American Samoa people should determine their own status
By
Fili Sagapolutele
fili@samoanews.com

Pago Pago, AMERICAN SAMOA — In a majority ruling, the US Tenth Circuit Court of Appeals yesterday reversed a lower court’s decision, that “Persons born in American Samoa are citizens of the United States by virtue of the Citizenship Clause of the Fourteenth Amendment.”

“The decision of the 10th Circuit is a strong victory for the American Samoa Government and Congresswoman Amata,” said attorney Michael F. Williams of the Washington D.C. based law firm, Kirkland & Ellis LLP, which represented ASG and the Congresswoman, who are Intervenors in the lawsuit, in which the US State Department and other officials were defendants. The defendants along with the Intervenors appealed the lower court’s decision, which was issued last year.

“It is also vindication for the principle that the people of American Samoa should determine their own status in accordance with Samoan culture and traditions,” he said yesterday afternoon responding to a Samoa News request for comments on the appeal’s court decision.

“At this point, two federal courts of appeals have rejected the contrary view — that judges should resolve the question of citizenship for American Samoans — and the US Supreme Court has already denied review,” he said.

“We are hopeful that the plaintiffs will bring an end to this litigation and support the good work of the American Samoa Government and Congresswoman Amata toward ensuring that American Samoans retain their self-determination rights while avoiding unfair discrimination,” he pointed out.

Local attorney Leiataua Charles V. Alailima, one of the attorneys for the plaintiffs’ didn’t immediately respond to a request for comments. It should be noted that he does usually issue a statement.

There was no immediate reaction from the US State Department on the decision.

Lucero wrote the majority’s decision, saying that for over a century, the land of American Samoa has been an American territory, but its people have never been considered American citizens.

The appellant, the federal government, was joined by ASG and the Congresswoman, asking the appeals court to reverse the district court’s decision.

“We conclude that neither constitutional text nor Supreme Court precedent demands the district court’s interpretation of the Citizenship Clause of the Fourteenth Amendment,” the decision states.

“We instead recognize that Congress plays the preeminent role in the determination of citizenship in unincorporated territorial lands, and that the courts play but a subordinate role in the process,” it says.

“We further understand text, precedent, and historical practice as instructing that the prevailing circumstances in the territory be considered in determining the reach of the Citizenship Clause,” according to the ruling.

Lucero said it’s “evident that the wishes of the territory’s democratically elected representatives, who remind us that their people have not formed a consensus in favor of American citizenship and urge us not to impose citizenship on an unwilling people from a courthouse thousands of miles away, have not been taken into adequate consideration.”

“Such consideration properly falls under the purview of Congress, a point on which we fully agree with the concurrence. These circumstances advise against the extension of birthright citizenship to American Samoa,” he said.

Later in the decision, where the Insular Cases was discussed in details, Lucero said, “We have grave misgivings about forcing the American Samoan people to become American citizens against their wishes.”

“They are fully capable of making their own decision on this issue, and current law authorizes each individual Samoan to seek American citizenship should it be desired,” the judge pointed out.

“The Insular Cases, despite their origins, allow us to respect the wishes of the American Samoan people within the framework of century-old precedent,” he said. “It follows that they are not only the most relevant precedents, but also the ones that lead to the most respectful and just outcome.”

In his own personal view, Lucero said he agrees with representatives of the territorial government that “an extension of birthright citizenship without the will of the governed is in essence a form of ‘autocratic subjugation’ of the American Samoan people.”

“While I am sympathetic to Plaintiffs’ desire for citizenship, to accept their position would be to impose citizenship over the expressed preferences of the American Samoan people,” Lucero wrote. “Such a result would be anomalous to our history and our understanding of the Constitution.”

Tymokovich also wrote about the case in concurring with the circuit court’s decision. In conclusion, he said that, “although I agree with much of Judge Lucero’s reasoning endorsing consideration of the wishes of the American Samoan people, I would leave that consideration to the political branches and not to our court.”

Bacharach, the dissenting judge, wrote that the Fourteenth Amendment’s Citizenship Clause extends birthright citizenship to every person “born . . . in the United States.”

He explained the three reasons this clause provides citizenship to the three individual plaintiffs.

Second, even if the territory of American Samoa lay outside the United States, the Citizenship Clause would apply because citizenship is a fundamental right.

“Third, even if the right were not fundamental, applying the Citizenship Clause to the three American Samoan plaintiffs would not be impracticable or anomalous,” he said. “Because the plaintiffs are U.S. citizens, I would affirm.”

“Though I would affirm because American Samoans are U.S. citizens, I would instruct the district court to narrow its injunction,” he said. “The injunction currently extends to anyone born in American Samoa.

“I would direct the district court to modify the injunction so that it applies only to the three individual plaintiffs,” he said.

Samoa News will report in future editions on other specific issues cited in the 55-page decision.