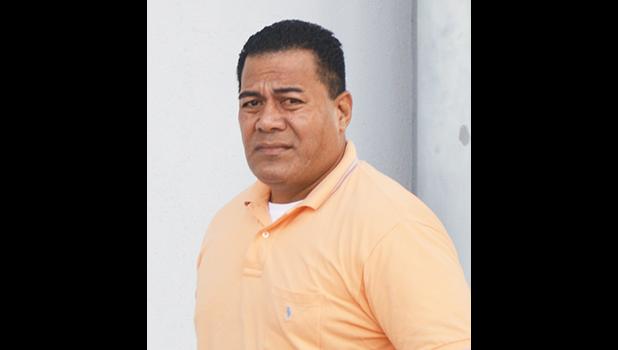 Pago Pago, AMERICAN SAMOA — After spending almost 4 years behind bars while awaiting the outcome of his case, Sio Godinet Jr is now a free man after he was “discharged” by the High Court yesterday morning.

After the government presented their witnesses, the defense attorney moved for a judgment of acquittal.

Chief Justice Michael Kruse removed the jury from the courtroom while dealing with the motion.

MOTION FOR JUDGMENT OF ACQUITTAL

Defense attorney Ryan Anderson moved for an acquittal, arguing that the government presented no evidence to connect his client to the crime.

Anderson argued that no evidence was submitted by the government to prove that his client was aiding and abetting co-defendant Meriko Lomu to sell drugs. He said the only piece of evidence provide was Lomu’s testimony that Godinet Jr was in the vehicle when she handed over a baggie containing weed to the government’s confidential informant (CI).

“No drugs were found on my client and nothing was found inside his house where he lives with his family,” Anderson argued.

Continuing his argument, he stated that the structure where Lomu and co-defendant, Lyon Grey were arrested with drugs and drug paraphernalia was not the house where Godinet Jr and his family live.

Kruse interrupted and asked Anderson if it isn’t aiding and abetting when the defendant allowed the co-defendants to do drugs on his property. Anderson argued that his client had no knowledge whatsoever about the drug distribution operation at the two-story structure located next to his house.

The government also continued to argue that there was sufficient evidence presented by all five witnesses to prove that the defendant was aiding and abetting Lomu during the drug operation.

Prosecutor Kristine Soule’ said that according to Lomu’s testimony, the defendant used his vehicle to drive her to purchase drugs multiple times. Evidence also showed that the defendant was present when Lomu gave the CI the baggie containing drugs during the controlled buy set up by the cops.

The court stated that the government did show sufficient evidence that the defendant was a facilitator with the drug operation, which was run by Lomu and others.

For this reason, the court entered into a judgment of acquittal and the defendant was immediately discharged.

The court also raised many other legal issues regarding this matter and that a written decision would elaborate more on this issue.

The lead investigator, Justin Thompsen, in the government’s case against Godinet Jr, told the jury during his testimony this week that no drugs or paraphernalia were found in the defendant’s possession, his house of residence and even his vehicles when detectives from the DPS Vice and Narcotics Unit (VNU) executed a search warrant on Godinet’s residence in Pago Pago on May 15th, 2018.

(Thompsen is now with the Department of Homeland Security, but served as a police officer from January 2015 to November 2019. In the middle of 2017, he was assigned to the VNU and was involved in the investigation of over 100 drug cases involving meth and marijuana.)

When asked by the prosecution if he ever took photos or videos of the controlled buy, Thompsen said no. He said that in order for investigators to protect the identity of their CI, he decided against such actions, as it could easily reveal the CI’s identity.

Most of the time these CIs are not compensated for their role and for police to return the favor for what these CIs do, police must protect their identities. (Samoa News points out that these private citizens often become CIs in return for reduced sentences after being arrested with drugs in their possession.)

Anderson wanted to know more about the controlled buy where the witness gave the CI cash to buy drugs from Lomu in the presence of his client.

From his view, he clearly saw Lomu and Godinet Jr inside Godinet Jr’s vehicle and after a brief conversation between Godinet and the CI, the witness said that when he saw Lomu reach inside a small pouch in front of her and pull out a baggie containing green leafy substance and handed it over to the CI. The CI then handed over the cash to Lomu and walked away.

“The night was dark, how did you see that the baggie Lomu gave to the CI contained green leafy substance?” Anderson asked the witness.

The witness said there was light from a street light, which helped him to clearly observe the transaction between the CI, Lomu and Godinet Jr.

The government’s last witness was the temporary evidence room custodian, Capt. Jackie Lagai, who has been assigned to this role for 3 months now.

Capt. Lagai told jurors that she was also assigned to the same post in 2017 and she’s familiar with her duties and responsibility on how to handle evidence from the crime scene and how to transport the evidence to the evidence room.

Being a police officer for over 25 years now, Capt. Lagai said she received her training throughout her career from senior police captains and deputy commissioners, who provided good on-the-job training.

It was after her testimony that Defense attorney Anderson then moved for an acquittal.