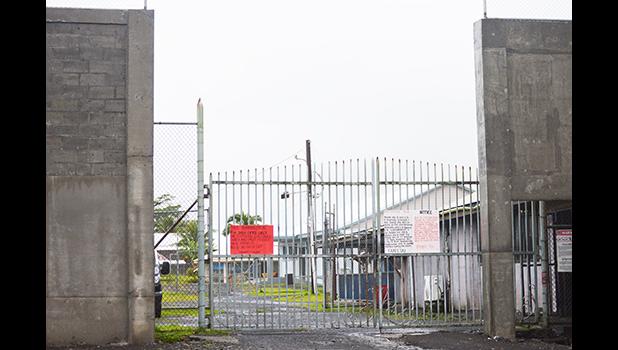 Pago Pago, AMERICAN SAMOA — Detectives of the Criminal Investigation Division (CID) are looking into an incident where an inmate awaiting trial died in his holding cell at the Territorial Correctional Facility (TCF) early Saturday morning.

This was confirmed by the TCF warden, former Deputy Commissioner and CID Commander, Falanaipupu Taase Sagapolutele.

When reached for a comment this week about this case, Deputy Commissioner of Public Safety Fo’ifua Fo’ifua declined to comment saying it’s best to talk directly to the TCF warden for accurate information.

When queried by Samoa News, Falanaipupu also declined to comment about the case saying the matter is now under investigation and it’s better to wait until it’s completed.

However, Falanaipupu confirmed that a 50-year-old detainee died inside the TCF on the weekend. His body was later transported to the LBJ Hospital after he was found inside his cell unresponsive.

“I was at the scene at the time when the matter was reported to me and this is the only information I can share,” Falanaipupu said.

He further stated that immediately after the matter was reported to him, he responded to the area and examined the scene.

“As a former Commander of the CID, my preliminary finding was that, there was no evidence to suggest that there was foul play behind the death of the inmate,” Falanaipupu said.

Falanaipupu further stated that the inmate was taken to LBJ Hospital for a medical check up after he reported that he wasn’t feeling well. The inmate was later released back to TCF after it was determined his health condition was normal.

The warden said that more information regarding the incident would be available when the investigation is completed.

According to information received by Samoa News, there is an issue with the family about the inmate being taken to the hospital, or not — after he notified TCF guards that he wasn’t feeling well.

Samoa News was told that the family was notified about the death of their family member in jail by the Department of Public Safety.