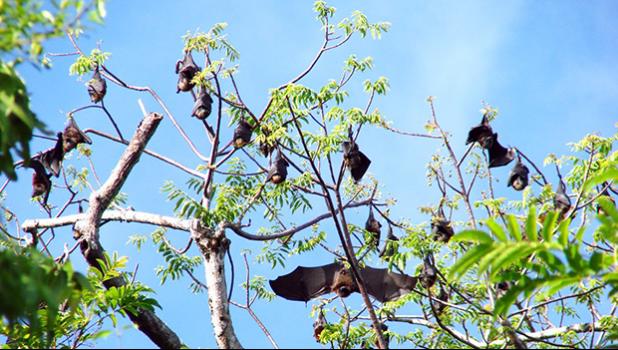 Pago Pago, AMERICAN SAMOA —  Cyclone Gita has had a noticeable impact on the habitats of birds and bats, according to American Samoa's Department of Marine and Wildlife Resources.

Since the storm nocturnal bats have been appearing in broad daylight and birds which make their homes in forests are flying into people's yards in search of food.

The department's chief wildlife biologist, Adam Miles, says it was noticeable in the weeks after Gita that bats and birds were struggling.

He says there's also been sightings of rarely seen birds like the Manutagi and pigeon or lupe.

Adam Miles says some people have left food out for them to feed on, but he is appealing to the public to contact his department when they see a creature that is struggling.