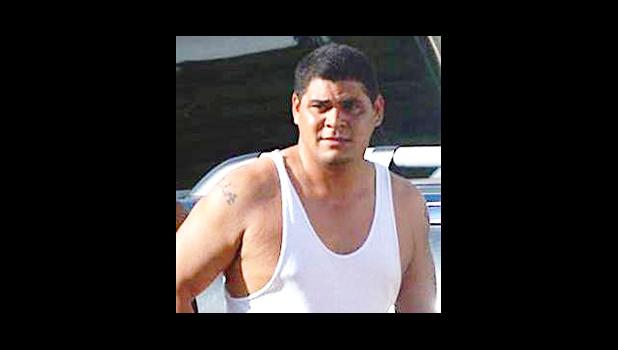 Pago Pago, AMERICAN SAMOA — Associate Justice Fiti Sunia postponed the Thomas Siaumau trial until 9am this morning, because one of the jurors was sick and unable to attend court last Friday.

Before the case was postponed, Sunia reminded jurors not to discuss the case among themselves, nor read any articles in the newspaper or listen to any news on the radio about the case. Further, jurors were also instructed not to make up their minds what the verdict should be until they go to the jury room to discuss the case.

On Thursday, day 4 of the trial, the government called three witnesses to the stand — two police officers and a forensic expert from the Honolulu Police Department (HPD) — focusing on the evidence presented by the government in its allegations against Siaumau, who is accused of shooting at a police car while a police officer was inside.

Of note: The government asked that Samoa News not identify the HPD forensic expert witness nor the juvenile witnesses by their names, due to what they believe are safety issues.

The HPD forensic expert was the government’s main witness last week Thursday, testifying that she was the one who conducted the forensic analysis of the evidence sent to her last year for testing by the DPS evidence custodian.

The forensic expert stated that she recognized all of the evidence because it is identified with her report number, item number, and her initials, in her handwriting.

“All the evidence that is contained in the box, I received it from Officer Latara Ah See and it was sealed when I received it in October of last year. After testing them all at the HPB Laboratory, I placed each piece of evidence inside bags, sealed them and put them all together inside a box, and shipped them back to the DPS evidence custodian,” the witness said.

The witness was also given the chance to review all evidence she tested last year, which is now marked as exhibits #43- 95, and to see if there were any changes in their appearance or condition since she last saw them at the HPD laboratory. After reviewing all evidence in front of the jury, the witness said that there were no changes to the appearance of all the evidence from the last time she saw it.

Of the evidence, the witness told the jury that the two types of bullets she tested were 9mm and 7.62-39mm; and, she tested live bullets, as well as bullet casings.

She said she looked for marks that transfer from the firearm to the bullet casing when a bullet is discharged, to see if the marks are similar. “It was during my forensic analysis that I found out that from these types of marks on the casing, it could be possible that it [the casing] was fired from an AK-47 type of rifle.”

The witness also stated that it was during her forensic analysis that she found out, all the 8 casings of 7.62-39mm she tested were fired from the same firearm.

She explained that each firearm has its own unique mark, and on the 8 casings she tested, all contained the same mark on the corner, which confirmed her analysis that they were all fired from the same firearm, and that is the AK-47 rifle.

For the 9mm bullet casings, the witness stated that these bullets were fired from a handgun.

When Dunn asked the witness if an AK-47 is considered a deadly weapon, the forensic expert said that all firearms, including the AK-47 and the 9mm are considered deadly weapons.

During the cross examination by defense attorney deSaulles, the forensic witness’ identification of the 7.62-39mm casings being fired from a AK-47 was questioned.

deSaulles asked the witness why she did not include this in her report, which was issued after she performed her analysis — that the 7.62-39mm were fired from an AK-47 rifle.

The witness smiled and explained that she only noted it down in her notebook, but not in the report, because she did not have a firearm from which she could compare the bullet casings.

The witness also, under cross examination, said she could not determine which casing was fired first, nor when they were fired — a week ago or a month ago.

She was also asked about the magazine she tested — whether it was functional or not, — and the witness stated that the magazine was not functional with the firearm she used during her testing.

Of the 9mm bullets she tested, under cross examination the witness said the 9mm is a common bullet and can be fired from several firearms; and, based on her analysis of the 9mm casings she could not identify what type of firearm was used.

“So, you do not know for sure whether these 9mm bullet casings were fired from a handgun or a rifle?” deSaulles asked, and the witness replied, “No, I have no idea.”

Another issue the defense highlighted was that not all evidence sent to the Honolulu forensic lab was tested, as confirmed by the witness.

When asked to explain why she did not test all evidence she received, the witness stated that when she received the box, she saw that it contained a lot more evidence than she expected.

She then contacted former Assistant Attorney General Woodrow Pengelly, who handled the case for the government at that time, and Pengelly advised her not to test all of the evidence she received.

Of interest: deSaulles asked the forensic witness, “So, based on the testing you performed, is there anything you can say that links my client, Siaumau to this case?”

The witness responded with a smile on her face, “No, I cannot.”

The trial resumes today at 9am.