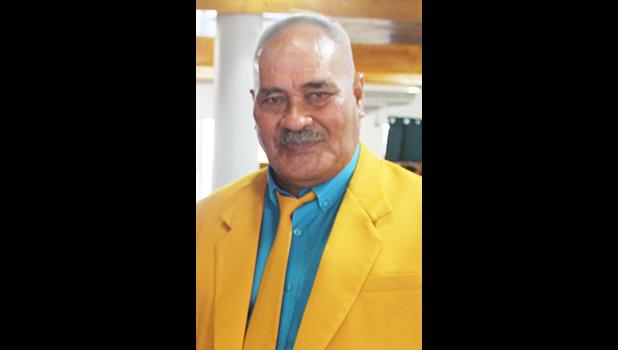 Student loan pay-backs are part of their financial problem
By
Fili Sagapolutele
fili@samoanews.com

Pago Pago, AMERICAN SAMOA — The Development Bank of American Samoa (DBAS) has requested financial support from the government through the Lemanu and Talauega Administration so that DBAS can continue to expand its economic development service to the community as a whole.

Sen. Malaepule Saite Moliga, who is also a DBAS board member, made the revelation during the Fono Joint Budget Committee hearing last Friday for the Administration’s $12.65 million supplemental bill. Among the ASG witnesses at the hearing was the Governor’s Chief of Staff, Tuimavave Tauapa’i Laupola.

Malaepule said that none of the programs/ projects to be funded under the supplemental appropriation provide financial support and funding for economic development for the community as a whole. He informed Tuimavave, as well as lawmakers, that the DBAS board of directors has a request pending with the Governor’s Office seeking financial assistance for the bank.

He said the initial request was made during the last final months of the Lolo Administration and a new one was submitted when the Lemanu and Talauega Administration took office early this year.

According to the Manu’a senator, the request for financial support was an effort by DBAS to provide and expand its service to help boost economic development, as well as for its new program to repair homes. It is also to assist in educating local students — referring to the student loan program, which provides financial assistance for graduates heading to off-island colleges and universities.

Malaepule shared with lawmakers that many students who were helped with financial assistance return home to work, but have yet to repay their loans. And this was one of the reasons for the request for financial help, as this is an avenue for the government to further education of the territory’s graduates.

He also says that there’s not a lot of federal funds awarded to DBAS to help with economic development funding and local small businesses continue to grow. And owners of these small businesses can only afford small loans of $10,000 to $20,000 to help further grow and expand their businesses — but this is more than can be done from DBAS.

He said that DBAS in past years has received financial support from the government but that’s no longer the case.

Malaepule asked Tuimavave to relay this important issue to the current Administration on the DBAS board request and to consider financial support for DBAS, which serves the community.

House Speaker Savali Talavou Ale suggested that the bank should look first at outstanding loans in its portfolio to be collected to provide more financial help.