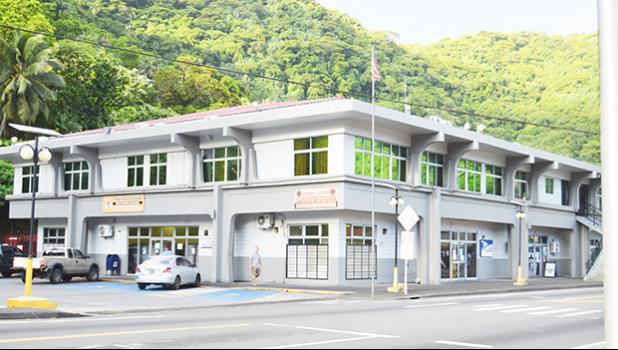 Pago Pago, AMERICAN SAMOA — The Department of Health Acting Director, Vesi Talalelei Fautanu Jr told the House Health Committee during this week’s hearing that they’re waiting for an official communication from the Post Master of the U.S. Post Office in Fagatogo before they can move in to take care of the problem of rats in the building.

“A letter from the Post Master confirming that the Federal government has authorized our team to get inside the building and find the problem is the only thing that we’re waiting on at this time,” Vesi said during a House Health Committee hearing this week with members of the ASG COVID-19 Task Force.

It was Rep. Luaitaua Gene Pan who raised the issue regarding the rat problem at the local Post Office in Fagatogo during the committee hearing.

Luaitaua said that every time he goes to the Post Office to pick up his personal mail, the Post Master or other senior officials at the Post Office approach him and ask for assistance with the problem of the many rats living inside the building.

He said that according to several employees of the Post Office, the problem of rats living in the building is not new and there were times that some mail package were eaten by rats.

The chairman of the House Health Committee, Rep. Andra Theresa Samoa requested Vesi for a quick solution to the problem. She said that the Post Office is not the only building that is facing this problem and a quick solution is the only way to protect the health of the people who are working in the building.

Vesi assured the committee that his crew would do what ever they can to cure the problem. They only wait on an official letter from the federal government because it’s a federal building and they are not allowed to get inside the area where mail is stored unless they are told to do so.

Vesi said that this is one of the reasons why the DOH has closed down many stores and restaurant in the community.

“Our duty is to make sure the health conditions of the public protected,” Vesi said.