Don't brush off those flu symptoms and high fever 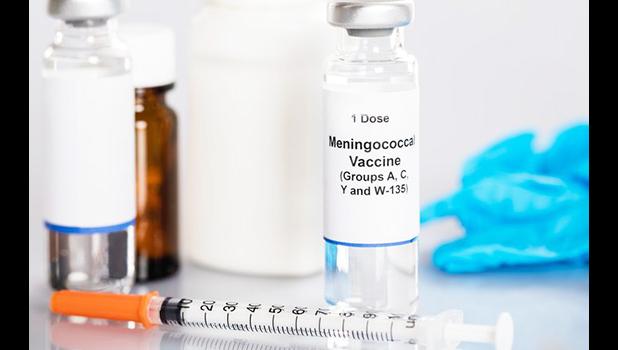 DOH urges parents to have their kids vaccinated for meningococcus — it's serious, even deadly
By
Blue Chen-Fruean
blue@samoanews.com

Pago Pago, AMERICAN SAMOA — Earlier this week, a media report from Samoa noted that the independent state has issued a meningococcal warning.

According to Talamua Online, Samoa Health Minister Tuitama Dr. Talalelei Tuitama said doctors have been instructed to take notice of children with high fever because it is the first symptom of a potentially deadly disease which could be mistaken as the flu.

According to Radio New Zealand, Tuitama said three children had been treated for meningococcal so far and everyone at the National Health Services has been alerted and instructed to be wary of children who present with a high fever.

As of press time yesterday, no warning had yet been issued by the local Department of Health for Tutuila and Manu'a.

Yesterday, Samoa News spoke to DOH official, Dr. Saipale Fuimaono who said that despite media reports from neighboring Samoa, there has been no official word yet from the independent state, on whether or not there are any confirmed cases there; however, he added, DOH deputy director Fara Utu departed the territory for Samoa yesterday morning to attend a bilateral health summit on non-communicable diseases where she will inquire about the issue.

Dr. Fuimaono is urging local parents to have their children vaccinated. He said the shots are administered in two doses — three months apart — for children 11 years old and older.

Vaccinations are available at any one of the DOH Health Centers and they are free of charge.

"We haven't heard anything," said Dr. Fuimaono, referring to the warning in Samoa. "We usually communicate, the public health department there and us. But we do need to take precautions and this is the perfect time for kids to get vaccinated, with Christmas break coming up later this month."

Samoa News should point out that there have been deaths in the past, due to meningococcus.

According to the Centers for Disease Control and Prevetion (CDC), "Meningococcal disease can refer to any illness caused by the type of bacteria called Neisseria meningitidis, also known as meningococcus. These illnesses are often severe and can be deadly. They include infections of the lining of the brain and spinal cord (meningitis) and bloodstream infections (bacteremia or septicemia)."

Furthermore, "These bacteria spread through the exchange of respiratory and throat secretions like spit (e.g., by living in close quarters, kissing). Doctors treat meningococcal disease with antibiotics, but quick medical attention is extremely important. Keeping up to date with recommended vaccines is the best defense against meningococcal disease."

webmd.com notes that meningococcal meningitis is a rare but serious bacterial infection. It causes the membranes that cover the brain and spinal cord to become inflamed. "Each year, approximately 1,000 people in the U.S. get meningococcal disease, which includes meningitis and septicemia (blood infection).

Symptoms to look for:

The CDC recommends vaccination with a meningococcal conjugate vaccine for all preteens and teens at 11 to 12 years old, with a booster dose at 16 years old so adolescents have protection during the ages when they are at highest risk. Teens and young adults (16 through 23 year olds) also may be vaccinated with a serogroup B meningococcal vaccine.

The incubation period of meningococcal disease is 3 to 4 days, with a range of 2 to 10 days. It can start with symptoms similar to influenza (flu), and will often also cause nausea, vomiting, increased sensitivity to light, rash, and confusion.

"This is the time for parents to take action," Dr. Fuimaono said. "Although there is nothing confirmed yet, it is always better to take precautions to ensure that the little ones are safe."