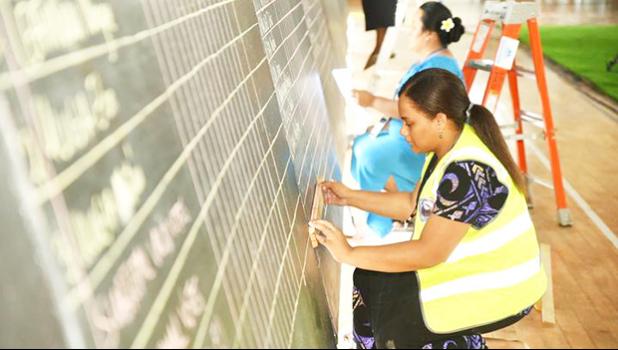 Apia, SAMOA — Double voting surfaced during the official count for Sagaga 2 constituency that started Tuesday and was put on hold as officials examined the double-voting issue. The Office said there were 39 instances of double voting.

It is suspected that those people voted in last Friday's election after casting their vote in the pre-polls that ran in the four days prior.

Provisional results indicate the caretaker Human Rights Protection Party or HRPP is neck-and-neck with newcomer Fa'atuatua i le Atua Samoa ua Tasi Party or FAST party on 25 seats each. An independent MP has also won a seat, giving him the likely deciding vote.

After three days of the official count, the Commissioner confirmed that the provisional result from Friday hasn't changed, despite some minor changes after special votes were added.

The Commissioner is aware of the public pressure for the official results to be declared soon, but said, "We will not rush the count as we have to go through the process thoroughly before making any declaration."

The count for Upolu was completed on Wednesday, with the count in the 18 constituencies of Savaii starting Thursday (yesterday in Samoa).

Public servants are being warned to stay neutral on social media about the general election.

The Samoa Observer reports the warning came in a memorandum from the Chairman of the Public Service Commission, Aiono Mose Sua.

Aiono says the Commission recognizes that public servants have a right to express their views on social media but warns this right must be balanced with the obligations of the Public Service employment and the need to be seen as a trusted and impartial public servant.

According to the Public Service Code of Conduct, Government employees must be honest and impartial.

The two-way split in the national election results shows a major shift in voting tendencies, according to a Samoan academic.

A lecturer of History, Philosophy, Political Science and International Relations at Victoria University of Wellington, Iati Iati said traditionally voting considerations in Samoa are along family, church and cultural lines.

Dr Iati said the evident loss of support for HRPP was a clear indication that things had changed.

"What we've seen in this election is a real move toward policy-oriented voting. I think FAST really did run a lot on policy; that was probably a good strategy for them because a number of their members don't have the same face recognition as the HRPP. So, it's a paradigm shift in the sense that we saw policy really come to the fore."

Electoral officials are still carrying out the final count with official results expected by the end of this week or early next week.