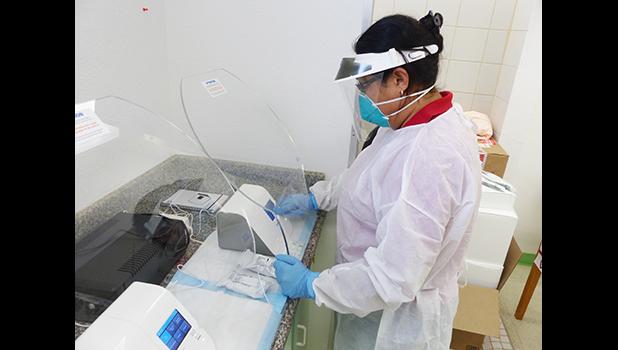 Pago Pago, AMERICAN SAMOA — On Thursday, Nov. 5, 2020 late afternoon the territory was rift with rumors that one of the members of a fishing vessel testing positive for COVID-19, when a test was administered by the Dept. of Health, upon arrival of the vessel in the harbor.

“Therefore, making the first sample a “false” positive as initially suspected. Also, therefore, [there is] NO CONFIRMED COVID-19 case(s) for American Samoa. Thank you,” the special bulletin concluded.

According to the Task Force chairman Iulogologo Joseph Pereira, “The vessel is now moored outside” of the Port of Pago Pago until the issue clears up.

“But since the secondary tests verified that it was a false positive, we will decide on when the vessel can come in to finish off-loading its catch,” he told Samoa News late Thursday afternoon.