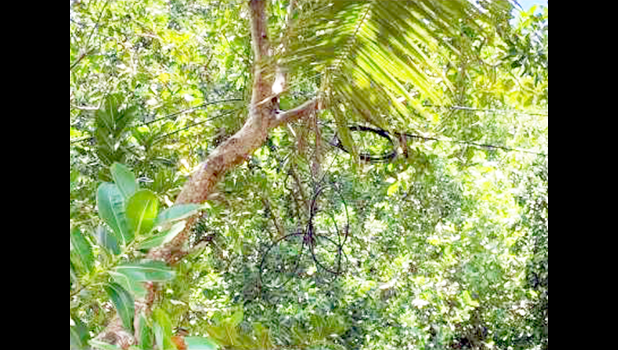 No authorization identified for private action to enforce regulations
By
Fili Sagapolutele
fili@samoanews.com

Pago Pago, AMERICAN SAMOA — The four Alega residents who brought a federal lawsuit which targets only AST Telecom, d.b.a, Bluesky Communications along with the company’s current and former executives for alleged violations of US Federal Communications Commission rules and regulations, have not identified provision or supporting legal authority that authorizes action to enforce the FCC regulations, which plaintiffs raised in their claim.

This is according to a July 9th “Statement of Interest” letter from FCC’s acting general counsel, P. Michele Ellison to Brian Boynton, Acting Assistant Attorney General for the US Justice Department’s Civil Division, following an invitation from the federal court in Honolulu for the FCC to submit an “amicus curiae” — or friends of the court brief on the plaintiffs’ lawsuit filed earlier this year.

“To bring a private action challenging alleged violations of FCC regulations, the plaintiffs must identify some specific provision in the Communications Act that clearly authorizes private actions to enforce the regulations they invoke,” wrote Ellison to Boynton.

“Here, however, the plaintiffs have not identified any such provision or supporting legal authority that authorizes a private action to enforce the FCC regulations at issue, and we are not aware of any other provision of the Communications Act that would support a private right of action in these circumstances,” Ellison concluded.

Ellison’s six-page letter was filed with the federal court in Honolulu last Thursday by the US Attorney’s Office in Hawaii, according to public court records. FCC also publicly released the letter last week Thursday on its link: (https://docs.fcc.gov/public/attachments/DOC-374120A1.pdf).

The FCC, in the letter gave the federal court an explanation on the various sections of the federal Communications Act cited by the plaintiffs, as well as decisions made by other federal courts on similar issues.

Ellison notes that plaintiffs have moved for leave to file a third amended complaint that, among other things, would add a claim under Section 332(c)(7)(B)(v) of the Communications Act, but it’s the FCC’s understanding that the court has not yet decided whether to allow that amendment.

“Even if the court were to allow the plaintiffs to amend their complaint, Section 332(c)(7)(B)(v) could not sustain the plaintiffs’ claims here,” Ellison wrote. “That section creates a private right of action to challenge a local government’s grant or denial of a request to construct or modify wireless communications facilities by filing a complaint within 30 days of such action.”

“This suit does not challenge regulatory action by any local government entities, who are not among the defendants here, but instead seeks relief against a telecommunications carrier, which is not a matter covered by Section 332(c)(7)(B)(v),” the letter states.

“And the plaintiffs’ claims here do not appear to arise from government action on any recent request to construct or modify any wireless facility, nor do the plaintiffs identify any such request that was acted on within the preceding 30 days,” it says.

Last Friday, Seabright ordered that the parties in this case to file responses to the FCC statement by July 30th and the responses should be limited to addressing the points raised by the FCC's, and should also address the level of deference the court is to accord the FCC's opinion.

According to Seabright, responses shall not exceed ten pages or the corresponding word count. Furthermore, no other filings will be permitted pending the court's ruling on the defense’s Motion to Dismiss for Lack of Subject Matter Jurisdiction.

Plaintiffs in the lawsuit, which was first filed in February this year are Steven Jay Pincus Hueter, Rosalia Tisa Faamuli, Michael S. Kirk, and Faamuli Pete Faamuli - who are the same plaintiffs in separate but similar lawsuits filed the Honolulu federal court.

Plaintiffs may refile their complaint “as they see fit”, but they must satisfy 60-day notice requirements. (See Samoa News online edition last Friday for details.)