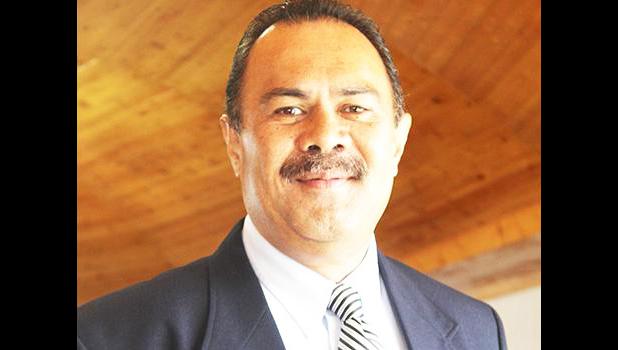 Pago Pago, AMERICAN SAMOA — A file containing several documents was circulated in the House chamber last week containing allegations of illegal activities and the misuse of federal funding in the Department of Human Social Services (DHSS).

The file allegedly reveals that a non profit organization called “Center for Families of Individuals with Developmental Disabilities” (CFIDD) that has been inactive for many years has continued to receive grants from the American Samoa Development Disabilities Planning Council (ASDDPC), a division of the DHSS, to fund several projects and services that were never provided for the community.

The file was distributed by employees of the House to faipule before the House Session last Friday. It’s unknown at this time who submitted the file to the House.

During the House Session, Rep Su’a Alexander Jennings, the chair of the House Human Social Service Committee informed faipule that the confirmation hearing for Muavaefa’atasi John Suisala has been moved from 8:30a.m to 11a.m tomorrow.

The Swains faipule told House members that the files distributed to lawmakers contained sensitive information pertaining to the acting director of DHSS and he requested the House to review the files before the confirmation hearing.

Su’a further requested that these files must be treated as confidential information and only faipule should have excess. He said that lawmakers should protect the rights of several DHSS employees mentioned in each document. Su’a advised that these documents must be forwarded to the Fono counsel for further review.

House Speaker Savali Talavou Ale asked from where the file came, but Su’a didn’t identify the source, only telling the House Speaker he had not requested the file.

Savali said there were procedures to follow before any such documents were distributed in the House chamber.

Rep. Faimealelei Anthony Fu’e Allen echoed Savali’s concern and said that he already reviewed the file and it contained some serious allegations against the acting director.

Muavaefa’atasi was in quarantine at the Tradewinds Hotel for 14-days and was back in the House yesterday morning. He’s scheduled to appear before the House tomorrow morning at 11a.m for his confirmation hearing.

When questioned by Samoa News, Su’a confirmed that “there were some documents circulated in the chamber that were not solicited by me as Chairman of the Human and Social Services Committee.”

During yesterday’s House session, Su’a informed the Speaker of a news report saying that he was the one who distributed the file.

“I just wanted to clear the air and set the facts straight that it wasn’t me who distributed the file to representatives,” Su’a said.

However, Vice Speaker of the House, Fetu Fetui Jr asked Su’a why he was changing his statement.

“You came to me last Friday and informed me about the files, and we both agreed to make copies and distribute them to lawmakers. Why did you change your mind?” Fetu asked Su’a, adding, “Don’t be afraid to tell the truth, that it was you who brought the files.”

Su’a did not react. He was just silent.

Savali advised Su’a to take up his issue with the reporter from the radio instead of voicing it inside the chamber.

Copies of the documents in the file were obtained by Samoa News.

The documents revealed that a non profit organization called, Center for Families of Individuals with Developmental Disabilities” (CFIDD), headed by a DHSS employee continued to receive funding from the American Samoa Development Disabilities Planning Council (ASDDPC), a division of the DHSS, to fund several projects and services that were never provided for the community.

ASDDPC’s mandate is to provide funding to several private organizations that provide services for families of people with disabilities.

Documents show that in September of 2019, a project manager for the CFIDD, who is also a DHSS employee, requested grant funding from ASDDPC to support two projects within the organization, which included increased access for people with development disabilities to transportation and to increase the numbers of child care facilities in American Samoa that welcome children with developmental disabilities.

Furthermore, CFIDD the documents say, is in a position of readiness to implement these projects by “providing training and technical assistance and dissemination of brochures and information to increase public awareness of the special needs of people with developmental disabilities” and “to provide training and technical assistance to owners and operators of aiga buses and owners and caregivers in daycare providers to increase their awareness and sensitivities to the special need of children and adults with developmental disabilities.”

CFIDD’s proposal was approved and awarded $40,000.00 to continue to provide assistance to families of individuals with developmental disabilities.

The letter was followed by the signing of a MOU (Memorandum of Understanding) on Sept. 23 between the ASDDPC and the CFIDD, as a “PPDC Provider”, to provide programs and services for individuals with developmental disabilities in American Samoa.

The MOU was signed by representatives from CFIDD, ASDDPC and Director of DHSS at the time, who is now the acting director, Muavaefaatasi.

It’s stated in a part of the MOU that the ‘DDPC Provider,’ which is the CFIDD “understands that the award funds shall be expended in accordance with the approved scope of work and budget”. The funds shall be used in “accordance with the requirements set forth by the Government to provide special transportation services for individuals with developmental disabilities in American Samoa.”

Also in the documents were several Purchase Orders prepared by several DHSS employees requesting funds from the ASG to fund several projects and services CFIDD provided for the community.

Documents show that each request was approved by the ASDDPC and funds were issued to the CFIDD; and that CFIDD received funds from 2017 until January 2021.

•          $20,000 for a contract for public awareness, announcement to provide accommodation for bus passengers with disabilities & day care with special needs;

A source said that CFIDD was also awarded vans funded by the Department of Public Works to assist them with their service a few years back, however, the vans were pulled back after the organization was no longer providing services to the community and the vans were given to the TAOA (Territorial Administration on Aging Office).

Furthermore, it’s been awhile since CFIDD provided any services for the community, however, one employee who’s name is mentioned in one of the documents told Samoa News that CFIDD stopped its service just recently.

Samoa News met with the CFIDD project manager, who is also a DHSS employee, to get her side of the story. See tomorrow’s edition for the update of this matter.