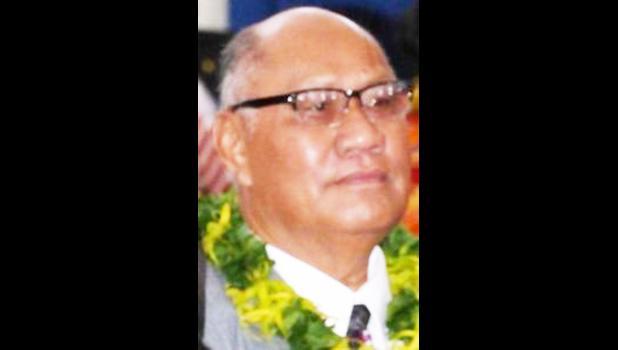 However, he said one of the questions that needs to be addressed before finalizing a schedule deals with departments and offices, which is currently headed by a cabinet member who has not yet been confirmed by the Fono.

He asked whether the budget hearing should be scheduled for a cabinet member not yet confirmed by the Fono. He said the committee wants to clarify this important issue.

Senate President Tuaolo Manaia Fruean responded that he would raise this matter with the House leadership and share any response thereafter with senators.

Over the years, the Fono has emphasized to every sitting Administration that only confirmed directors are allowed to testify in budget hearings. There have been exceptions in the past, in which an acting director is allowed to testify, but only with consensus of the full committee.

And in the past decade, the Fono has held joint-budget committee hearings, to save time, because the sitting Administration would submit the annual budget for the new fiscal year in mid August or towards the end of August.

For the new Lemanu Administration, the FY 2022 budget had already been submitted to the Legislature when the Fono opened the second regular session. With early budget submission, Sen. Fai’ivae Iuli Godinet suggested that each chamber hold their own hearing, thereby giving lawmakers sufficient time to ask questions.

Tuaolo responded that this was a matter for the Senate to decide and not up to him. He says there’s ample time for holding separate hearings.

However, Muagututia Tauoa, recommended for the Fono to continue holding joint budget hearings.

It should be known in the coming days the final decision on holding separate or joint Fono budget hearings.

The FY 2022 budget bill was also introduced in the House last week.