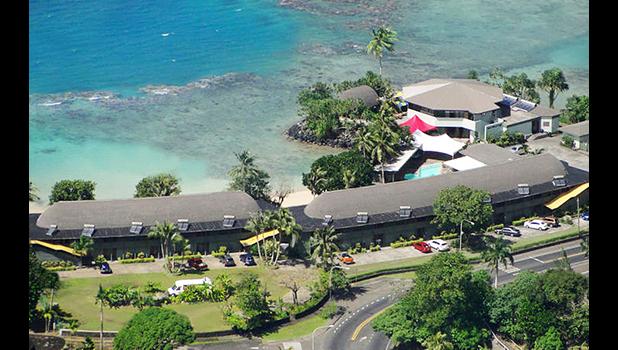 Pago Pago, AMERICAN SAMOA — Lawmakers in American Samoa have confirmed they are receiving Covid-19 funding but that it will go towards finding suitable premises to work.

The Senate President and Speaker of the House are getting cheques of $US20,000 and senators and representatives are receiving checks of $US10,000.

Governor Lolo Moliga has explained the Fono had wanted to buy the Sadie's by the Sea Hotel for their offices but the cost was prohibitive.

Lolo says instead the Fono will lease one of the wings of the hotel for their offices at a cost of $390,000.

The money given to the Fono members and leaders is to go towards that cost.

Lolo says the lawmakers need space to meet with their constituents and the hotel rooms will be a suitable venue for them to do their work outside of the Fono chambers.

The money comes from the $US35.1 million Covid-19 funding that American Samoa received under the Coronavirus Aid Relief and Economic Security or CARES Act.

A statement from the Governor's office at the time the funding was announced said CARES Act funding was specifically to cover costs incurred due to the public health emergency stemming from the Covid-19 pandemic from March until December.

The Fono has only one regular session left with incumbent senators and representatives serve until January 2021.