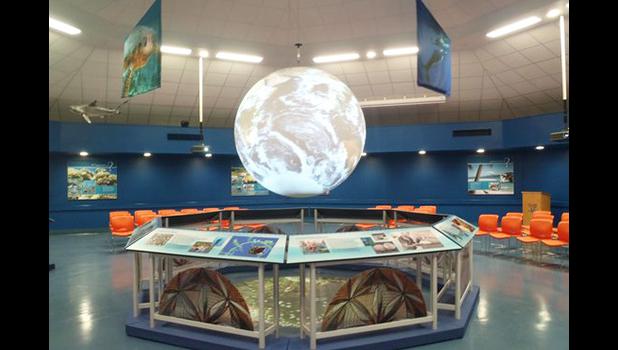 It’s not about control he says, it’s about “ownership”
By
Fili Sagapolutele
fili@samoanews.com

Gov. Lolo Matalasi Moliga has told the National Marine Sanctuary Foundation some of his concerns over federal rules and policies when it comes to marine sanctuaries, as well as control by the federal government over waters of American Samoa that is to benefit the people of American Samoa.

Additionally, this was the first time the foundation has met with the Territory’s sitting governor since the National Marine Sanctuary was established in American Samoa.

At last Friday’s cabinet meeting, Lolo gave a briefing of his meeting with Foundation members. “I explained to them where I stand on those issues. It’s not that we are against conservation and preservation, we fully support them,” the governor said. “But the way it is done, we are opposed to.”

Lolo told the cabinet meeting that he told Foundation members, “As far as I’m concerned this NOAA office here is just an office — they’re not doing anything for our people. So we ask, that if they want our people to benefit from what they are doing then connect with our local government.”

Lolo said he told Foundation members that “they cannot just expect to control our waters and our surroundings without coming to us.” The governor also explained to them how traditional leaders feel, how the Fono feels and how he feels about these issues.

“It’s not about the control, it’s about ownership,” he said, adding that “we don’t oppose those programs but we like to make sure that our people” benefit.

“ I don’t think we can continue to be treated that way and we have to raise our voice and make our point clear,” Lolo said.

In a news release issued last Thursday after the Foundation meeting, the Governor’s Office says each of the Foundation’s officers stressed to the governor their purpose, which is to engage communities in awareness of and support for the National Marine Sanctuaries, and to promote the conservation and preservation of these ocean treasures.

And the governor expressed his strong support for conservation and preservation so future generations experience the same enjoyment and wonderment of God’s creations. However, the governor points out that there has been an apparent disconnect between the local sanctuary office and ASG, the release says.

Lolo also disclosed relative to the people’s primary mandate to ensure that local laws are followed to protect “our valuable resources and our physical assets,” some recent federal regulations creating marine monuments and sanctuaries, have been implemented without any local input whatsoever, contradictory to the people’s directive.

Moreover, these regulations have resulted in major negative social and economic impact on our local economy through the tuna canneries being deprived of a major part of their usual fishing grounds, “and our people are being prevented from fishing in local waters. which the federal government has declared protected.”

“To be clear, these waters are our people’s greatest resource, both culturally and economically, and we cannot sit by while the federal government makes decisions that impact our daily lives,” he told Foundation members.

He also told them that input from the local canneries and people needs to be sought before any federal regulations are put in place.

Of interest, the governor said he informed Foundation members and local NOAA officials Atuatasi Lelei Peau and Gene Brighouse of the need to relocate the Tauese P. Sunia Ocean Center toward the Fagatogo marketplace in order to allow hotel developers to utilize the current location.