Gov’s promise of additional funding for ASCC — still being explored 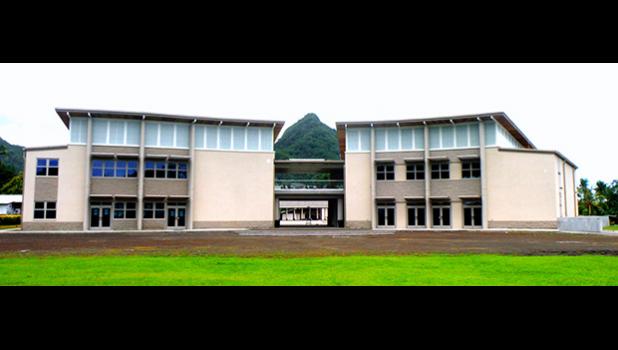 Pago Pago, AMERICAN SAMOA — The Lolo Administration has not yet submitted any new proposed legislation that will provide additional financial support for the American Samoa Community College.

In his Samoan address to the Fono last month, Gov. Lolo Matalasi Moliga told lawmakers that one of the challenges faced by ASCC has to do with finances to operate the College.

He thanked the Fono for approving — during the last legislative session — legislation that hikes the import tax on cigarettes and cigars by three-cents to benefit ASCC. The final language of the bill approved by the Fono on Oct. 4th and signed into law in the latter part of last October, states that of the revenues collected from the tax — 11% will go to ASCC; 39% to the general fund; and 50% for bond repayment.

In his Fono address, Lolo said that with at least two or three more proposed pieces of legislation, ASCC will be on a solid financial foundation, moving forward. He said the government’s goal is to push forward the teacher bachelor degree program for the betterment of the local education system, as well as the nursing program, so there are more nurses to help improve the territory’s health care system.

Since the governor’s address, some in the community have inquired about whether the governor has proposed any new legislation that would benefit ASCC.

When asked if the administration has submitted new proposed legislation, as stated by the governor last month, an ASG senior official told Samoa News over the weekend, “not at this time.”

“We need for ASCC to come back relative to its unmet needs after the execution of the 3% revenue measure,” the official explained, adding that all possible options for additional financial resources for ASCC continue to be explored.

During the ASCC budget hearing last September, College officials shared with lawmakers the financial challenges faced by the College, and recommended possible funding sources for a steady ASG subsidy, which is capped at $2 million for fiscal year 2019 — the same amount approved in FY 2018.

ASCC recommends, among other things, sources of funding: 2-cents per gallon from the current fuel tax; 2-cents per $1 of the excise tax; and 1-cent from other taxes - e.g sales tax, (if such a tax is implemented). See Samoa News Sept. 12, 2018 edition for details