Govt updates the standing of tenants in the Industrial Park 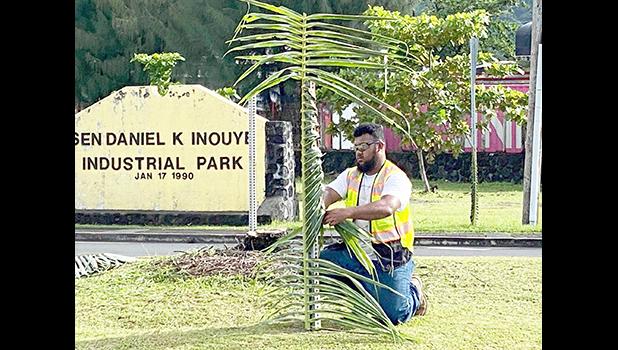 Pago Pago, AMERICAN SAMOA — The Governor’s State of the Territory Comprehensive Report has publicly confirmed that the Lemanu-Talauega Administration discontinued more than a year ago, the Lease Abatement Assistance Program for the tenants of the Sen. Daniel K. Inouye Industrial Park — commonly known as the Tafuna Industrial Park (TIP) — which is overseen by the Commerce Department.

Established during the Lolo Administration, the program aimed to help defray costs absorbed by tenants for developing their lots that are not lease-ready by not charging rent for up to 4 years.

However, the Comprehensive Report — distributed to lawmakers on Monday — says that an Executive Order dated August 2021 “rescinded and discontinued” the program, so lease rate structures did not have to accommodate terms of the program.

The report also provided the status of leases under this lease abatement program:

•           Thirteen leases have 2 or less months left of abatement; of the 13, 7 leases remain unresolved due to ASG precluding tenants from using their lots;

•           Four leases have greater than 2 months left on their abatements; of the 4, 3 were the result of settlements ASG sought with tenants;

The report also provided the latest update on lease negotiations and creation of new lots at TIP:

•           Negotiated with an existing tenant the configuration of its existing lot that resulted in the creation of 1 new lot that is about to be leased out to a new tenant, thereby generating additional revenues for the TIP;

•           Successfully negotiated increases in rental rates of 7 leases, one of which will generate an additional $40,000 in new revenues annually for at least the next 5 years when the next increase is due for review.

Information provided in the report for TIP is helpful to many lawmakers who have in past, sought data from the Administration on the financial status of TIP and where the leases stand, as this is one of the government’s revenue sources.