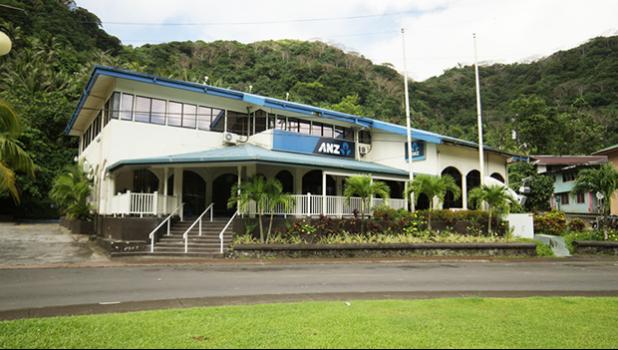 Filed on Mar. 21, 2018 the complaint identifies the plaintiffs as Ronald Parker, Fa’afetai Parker, and Tualagi Gaoteote, “on behalf of themselves and all other similarly situated.”

Ronald Parker and Gaoteote are US military retirees.

The plaintiffs allege that ANZ is liable for its systematic violations of the Truth in Lending Act  (TILA) of 1968, and Regulation Z, for failing to provide homeowners with accurate periodic statements regarding the mortgages it services. And it cites specific allegations of violations committed by ANZ Guam Inc., dba in Pago Pago as ANZ Amerika Samoa Bank.

Last June, ANZ moved to dismiss the claims and strike allegations in the complaint for class action designation of the case.

ANZ argued, among other things, that the plaintiffs’ claim of violating the TILA and Regulation Z, “should be dismissed with prejudice” under federal rules of civil procedure “because the claims are barred by the applicable one-year statute of limitation” to file damage claims.

Therefore, plaintiffs' claims brought in 2018 “are time-barred and cannot be saved by amendment,” according to ANZ, who then asked to dismiss the claims with prejudice.

In the court’s decision, Tydingco-Gatewood noted that ANZ’s interpretation of provision of federal law on statute of limitations is that a lender could never face liability for TILA and Regulation Z notice violations that occur more than one year into the life of the mortgage.

However, the “court concludes that the statute of limitations period begins to run when the alleged violations occur,” the judge wrote.

Therefore, wrote Tydingco-Gatewood, “the defendants motion to dismiss [the complaint] is denied”.

Regarding the class action status designation, ANZ argued, among other things, that allegations at the pleadings stage of a case are “generally disfavored due to the lack of a developed factual record.”

In the decision, Tydingco-Gatewood notes that a district court may strike class allegations “[i]f it is obvious from the pleadings that the proceeding cannot possibly move forward on a classwide basis.”

In response, plaintiffs argue that any potential “fail-safe” issue should be remedied by simply redefining the class, rather than striking class allegations altogether. Plaintiffs also argue that the court should allow discovery to develop before considering a motion to strike class allegations.

“While there may be issues with the class definitions proposed within plaintiffs’ complaint, it cannot be said that the case ‘cannot possibly move forward on a class wide basis’,” Tydingco-Gatewood wrote.

(A so-called “fail-safe” class is “one that is defined that whether a person qualifies as a member depends on whether the person has a valid claim,” and thus the existence of the claim “cannot be ascertained until the conclusion of the case, when liability is determined,” according to a Jan. 23, 2017 article published online by Jackson Lewis Law Firm, based on a federal court case.)