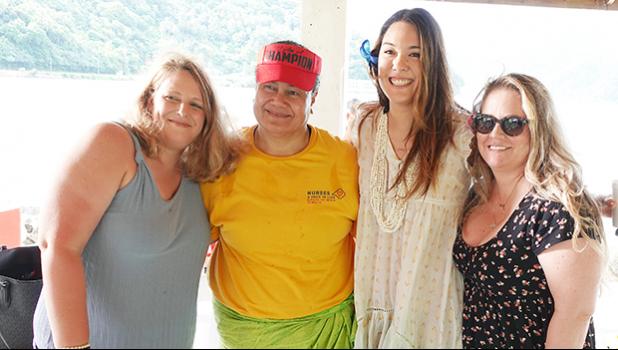 Pago Pago, AMERICAN SAMOA — With their contract ending in May this year, medial personnel from Washington state-based NuWest Staffing group, are trying to secure seats on Hawaiian Airlines flights back to the U.S.

And LBJ Medical Center chief executive officer, Moefa’auo William Emmsley made public during the COVID-19 Task Force virtual news conference this week, that the request for assistance to return the contract workers back home, is now with Lt. Gov. Talauega Eleasalo Ale, who is also the Governor’s Authorized Representative (GAR).

The hospital’s COVID update presentation at the news conference, states that 20-plus medical personnel from NuWest will end their contract on May 28 and there are also patients needing to travel off island for medical treatment.

Therefore a request has been made to the task force for a flight to return the contact workers back to the U.S as well as take local patients for off island treatment.

Samoa News understands that Moefa’auo also raised this issue of the NuWest personnel returning home during a task force briefing earlier this week. And he requested the GAR and the task force for assistance, and suggested that perhaps a special flight is appropriate for this situation.

In response, Talauega said the task force can check with Hawaiian Airlines and encouraged LBJ to put some of the NuWest personnel on the upcoming flights, according to officials who attended the task force briefing on Monday this week. However, the GAR has promised to look into the issue.

With the surge in community spread of COVID-19, the hospital recruited medical staff from NuWest. The first group arrived on Apr. 2 and the rest on Apr. 7 — both groups on Hawaiian Airlines’ flights.

Meanwhile, Samoa News received information from local and off island Samoans who are trying to get a seat on a Hawaiian Airlines flight this month, as they are fully booked going into June.

Responding to Samoa News inquiries, Hawaiian Airlines spokesman Alex DaSilva pointed out that the Honolulu-based carrier is offering two flights per month in accordance with ASG’s request “and passenger loads have been high”.

“However, starting in June, availability will improve as we will begin offering weekly flights — double the current capacity,” he said from Honolulu yesterday.

As previously reported by Samoa News, the governor requested and the airline approved weekly flights starting in June this year.