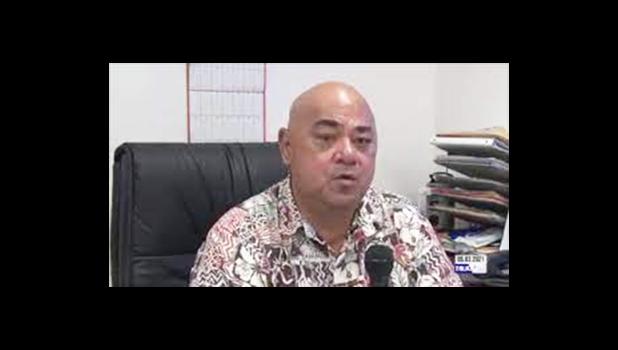 Pago Pago, AMERICAN SAMOA — While the Senate has passed its version of the bill to increase teacher salaries, the House of Representatives unanimously passed their version of the Administration bill with amendments during the House Session Friday morning.

The first administration bill drafted to repeal the section of the law, which contains the old pay scale for teachers, was tabled due to the incomplete language of the bill.

The outcome of a House Education Committee discussion last week was to amend the bill and instead of repealing the section with the old salary matrix, the new pay scale for teachers, which went into effect May 1st will replace it in the statute.

During the House Education committee hearing to discuss the increase in teacher salaries two weeks ago, representatives stated that they didn’t object to the new teacher pay scale, however, they need the full details for the new pay scale.

Vice Speaker Fetui Fetu Jr continued to register his objection that public school teachers have received salary increases pegged to their degrees while other ASG employees with the same credentials are overlooked.

He was informed that the general wage increase for ASG also raised the salaries of other government employees who are degree holders.

Rep Larry Sanitoa said it should be made clear that all House members support the salary increase for teachers. However the way in which it was carried out did not conform with the law. He said the implementation of the teacher pay hikes has violated several laws.

A new house bill was then introduced last week with complete details.

The new version of the House bill spells out in detail the language of the new American Samoa Department of Education (ASDOE) pay scale and the details shared by Education director, Talauega Dr. Samasoni Asaeli during the House Education hearing two weeks ago to discuss the increase.

The bill’s preamble points out that the existing ASDOE pay scale is woefully inadequate given the challenges teachers and ASDOE personnel face and the precarious economic stage the territory is currently facing.  And despite these challenges, ASDOE teaching personnel must often provide their own supplies and instructional materials.

“If we are serious about providing our children with the best education, we must be prepared to hire effective teaching professionals. We can only do that by offering competitive salaries to attract and retain the best educators in the profession,” the bill says.

According to provisions of the bill, salaries of teaching personnel are adjusted in accordance with certification regulations, which it details in the language of the bill — such as the degree and type of certification they received.

According to the bill’s language, the base rate for all ASDOE personnel is: