House hearing on lack of policing at eastside locations 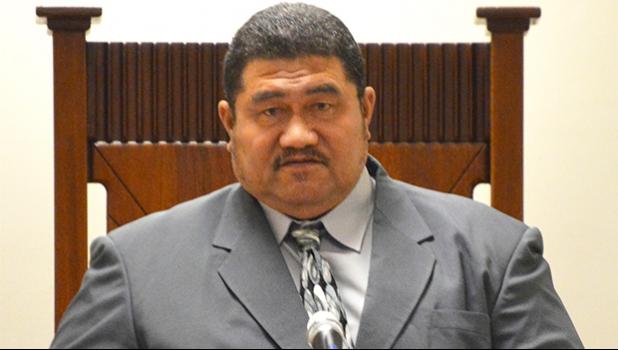 Pago Pago, AMERICAN SAMOA — House members heard first hand there are only 117 police officers answering calls for the whole of the territory.

This was revealed by Acting Police Commissioner Viapuna Foifua Jr Foifua when he appeared before the House recently following concerns over the reallocation of police officers from the Fagaitua east substation to the central station.

Last week, the Department of Health closed down the substation due to unsanitary conditions, days after the transfer of the police officers.

At the time of the hearing, Foifua made it clear the substation was not closed down and there was a skeleton staff manning the substation.

Deputy Commissioner Terry Letuli said there are 117 officers that are being distributed among the Central Station (CPS); Leone Station (LPS) and the West Substation (TPS).

The hearing into the FPS was called after concerns were raised by Rep. Luaitaua Gene Pan over the lack of police presence at the FPS, with only one dispatcher assigned there.

The faipule also called on the Lemanu and Talauega Administration to “re-adjust” their priorities in terms of the public’s safety for residents living in the far east of Tutuila island.

Luaitaua pointed to residents on the east side that require the assistance of police, having to “wait” for police officers from Fagatogo to respond, which is concerning.

Vice Speaker of the House Fetu Fetui Jr pointed out the shortage of manpower within the DPS is not a new issue and it’s puzzling why this has not been prioritized.

“The last time you two were here was three or four months ago and to date the answer has remained the same.”

Another issue cited during the hearing was equipment for the police stations in Manu’a and why they have not replenished the supplies used for the officers in Manu’a.

“The supplies will only cost $3,000, if the department cannot afford it, let me know I will purchase it for our stations in Manu’a,” said the Vice Speaker.

Further the Vice Speaker queried the status of the west police substation building (TPS), which was closed by the DoH due to a rat infestation. The officers then moved to the back office of the Office of Motor Vehicles (OMV) nearby.

“This is another priority for the department — the health of the police officers. They should be able to work in a healthy clean environment.”

Rep Manavaalofa Tutuila Manase said there should be at least 200 police officers, but then even that number is not enough to meet the demands of a territory with more than a 55,000 population.

“We should have enough officers to protect and serve the people of American Samoa.

“If we encounter a major issue… there will not be enough law enforcers, how will we deal with it?” asked the Faipule.

(Samoa News should point out that the latest estimate of the territory’s population through the Commerce Department puts it at lower than 50,000.)