Inbound travelers must have health cert showing negative for virus 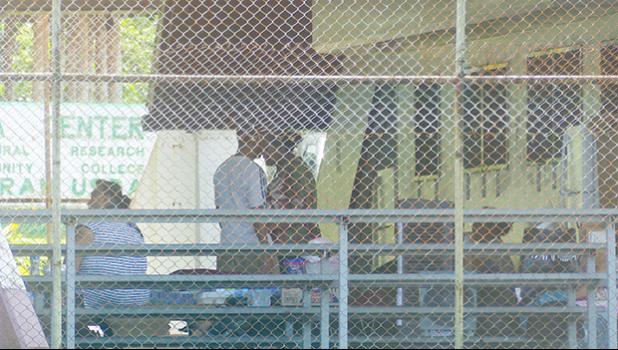 Pago Pago, AMERICAN SAMOA — Effective today, Mar. 27th, all inbound travelers, including returning local residents, will be required have a health certificate which shows a negative test for the coronavirus before boarding the Hawaiian Airlines flight to American Samoa.

This is one of the major changes outlined in the Second Amended Emergency Declaration issued Wednesday by Gov. Lolo Matalasi Moliga, who also released on Wednesday an executive order designating police and other ASG agencies to enforce all provisions of the declaration to combat the COVID-19 pandemic.

In releasing the amended declaration late Wednesday afternoon, ASG’s COVID-19 Task Force chairman Iulogologo Joseph Pereira explained that the “major change” in the 2nd amended declaration is the requirement for all travelers entering American Samoa —which is moved from Code Yellow, under the new three color-code level threat, to Code Blue.

“This [change] means all returning residents and anyone traveling to American Samoa is required to be tested and have a health certificate before he/she can board the Hawaiian Airlines flight,” Iulogologo said. “Health certificate must show the result of the test conducted. Positive test results will not be allowed to board Hawaiian Airlines. The traveler bears the cost connected with securing the test.”

The “heath clearance [is] from a verifiable physician,” the amended declaration states.

Iulogologo says that an updated advisory on this new requirement for American Samoa is being sent to Hawaiian.

During Monday’s cabinet meeting, Secretary of Samoan Affairs, Mauga Tasi Asuega shared with the governor reactions from the community including lawmakers, for American Samoa to require health clearances for all arriving passengers, as the coronavirus has confirmed cases in all 50 states and Washington D.C.

Hawaii, which yesterday implemented new changes that all arrivals undergo 14-day quarantine, reports more than 95 cases, while the state health officials say that it’s initial report of a fatality due to the virus was incorrect.

Hawaiian Airlines announced Wednesday night that its April flight schedule will maintain a weekly flight on Thursdays to and from American Samoa, providing the only airline between the US and the territory. The airline also announced that its April schedule for the US provides only daily flights between Honolulu and Los Angeles and San Francisco.

Other changes to Lolo’s declaration deals with businesses. It says that only “those businesses that impact food security are exempted” from operation hours — 6am to 6pm — “restrictions”.

The amended declaration also says that all drive-thru and take-away restaurants may remain open until 10pm daily. Further advisories will be issued by the governor that may adjust restrictions on businesses as necessary.

For public transportation — buses and taxis, it says that these services are to cease operation at 6pm except buses under contract with StarKist to provide transportation for employees of the canneries. (Samoa News notes that the canneries includes the can plant, which employs about 200 workers that manufacture cans for StarKist. The can plant also has bus charters for its shift-workers.)

“During hours of operation, buses and taxis must institute social distancing practices. Each bus and taxi may only operate at half the seating capacity,” according to the governor.

According to the governor, the rapid spread of COVID-19 and the lack of a vaccine or cure “creates an imminent threat of outbreak” in American Samoa and that previous declarations have been issued for COVID-19 but the “situation necessitates an update and continued response from ASG in order to protect the health of our people.”

Through an executive order effective Mar. 25, the governor ordered that the Commissioner of Public Safety, Health director, Attorney General and other agency leaders shall begin immediate and comprehensive enforcement of the current declaration, any subsequent amendments and all lawful orders of the Health director and other emergency management agencies.

The governor cited local law, which dictates that violation of a public health directive in a declared Public Health Emergency is a Class A misdemeanor — punishable by up to a $1,000 fine and/or may serve up to one-year in jail. Each violation may be charged as a separate offense.

Furthermore, congregating with other persons in a public place and refusing to comply with a lawful order of police to disperse, constitutes a public peace disturbance, which is a Class B misdemeanor, punishable by up to a $500 fine and/or may serve up to 6 months in jail. Each violation may be charged as a separate offense.

“The public is advised that compliance with these directives is mandatory. Full compliance is necessary to protect the health of our most vulnerable citizens,” said Lolo, who directed the Police Commissioner to ensure compliance with public gathering restrictions, business closure requirements, quarantine directives, and other applicable directives.

“The Attorney General is directed to prosecute these violations to the fullest extent of the law,” he said.

“Businesses must continue to provide necessary supplies for the public,” the governor said, adding that price gouging — as defined under local law — “is prohibited”.

The public is encouraged to report incidents of price gouging to the Attorney General, who is directed by the governor to investigate and prosecute price gouging complaints to the fullest extent of the law.

“To protect both the rights of individuals and the health of the public, the Department of Health is authorized to quarantine and isolate individuals for 14-days without notice,” the governor said.