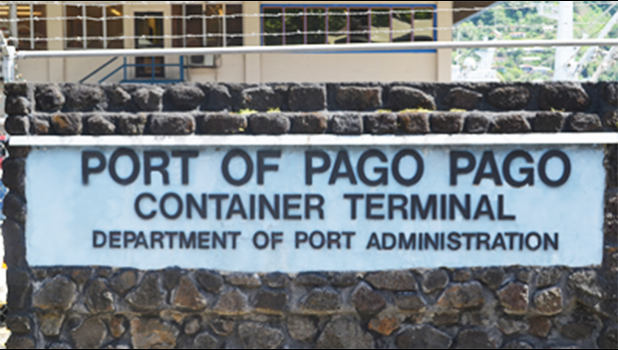 Pago Pago, AMERICAN SAMOA — The Taiwanese vessel which had been barred from entering Pago Pago when it requested help for an injured crew member, was finally allowed into American Samoa's port Friday.

Since last Saturday the Man Fu Tsai #88 had been waiting 32 kilometres out of the harbour while it reached out to local authorities seeking treatment for an Indonesian fisherman on board.

A huge fish hook was stuck in the palm of his hand and it was reportedly infected.

Due to Coronavirus fears and limited information on where the boat had been, health authorities refused the vessel permission to enter.

Mid-week they made the decision to allow a private charter boat to deliver medication for the fisherman.

The vessel, which belongs to FCF Fisheries and is registered in Samoa, was also refused entry in Apia because of the country's lockdown which included a ban on all fishing vessels.

KHJ News reported a change of mind to allow the boat to enter Pago Pago may be linked to its cargo of albacore fish.

The boat unloaded the albacore at the Samoa Tuna Processors dock.

The chairman of the ASG Coronavirus Taskforce, Iulogologo Joseph Pereira, did not answer questions about the fish .

"It is for humanitarian reasons that the vessel was allowed to come in so the fisherman can receive treatment. The crew of the vessel will be subjected to the same protocols established for fishing vessels contracted by Starkist."

After the boat docked the injured crew member was taken to the LBJ Hospital for treatment.

The fish hook was removed and his wound was treated.

The Department of Health had wanted the boat to leave right away however medical personnel who treated the injured fisherman said they needed to check on his injury again.

The fisherman was taken back to the boat which was now waiting about 20 kilometres out of the harbour.

It was expected come back in port Sunday morning and after the fisherman is checked it will then leave.