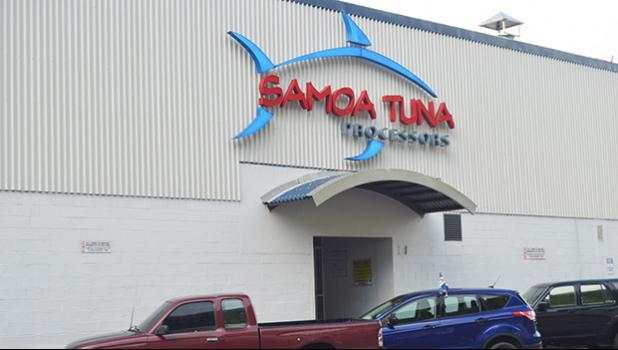 A senior official with a Honolulu-based fishery company will be in American Samoa next month to meet with at least eleven displaced workers, who were laid off last December after Tri Marine International shut down cannery operations of its Samoa Tuna Processors Inc. plant in Atu’u.

According to a report to the Western Pacific Regional Fishery Management Council, the United Fishing Agency reached out to STP last year to look into the possibility of transitioning workers from STP to the Fish Auction at Pier 38 in Honolulu.

United Fishing Agency has been in constant contact with STP providing job descriptions and helping to facilitate potential transfers, it says.

At yesterday’s day-two of the three-day Council meeting in Honolulu, United Fishing Agency official Michael Gotto says he has been in communication with STP since last December.

“At this point and after talking to the STP management team, they currently have 10 applicants from [neighboring] Samoa and one from American Samoa that are interested in transitioning to Hawai’i,” Gotto told the meeting.

He said there is probably one more interested applicant from American Samoa and hopefully more will be available from the territory to transition to work in Hawai’i. Gotto said he plans to travel to Pago Pago next month to meet with these applicants, or candidates, as well as STP management to find suitable candidates to relocate to Honolulu and work within the fishery industry with United Fishing Agency.

Gotto said he looks forward to the trip to American Samoa to “meet face to face” with the candidates as well as STP management. He also requested any assistance in American Samoa during his trip.

Council member from American Samoa Taotasi Archie Soliai said “We certainly appreciate the efforts to help these displaced workers” and that while he is not sure how many applicants United Fishery Agency is looking to transition to Honolulu, “any step” to help the displaced workers from STP  “is a step in the right direction.”

Taotasi offered to assist Goto, adding that he is sure the other two Council members from American Samoa — Department of Marine and Wildlife Resources director Va’amua Henry Sesepasara and Christinna Lutu-Sanchez of Longline Inc. — will also assist in the visit.

When STP closed down, some 700 workers lost their jobs and while some have found new jobs, either part time or full time, there are still a lot more of them looking for work.

Goto didn’t reveal as to when he will arrive in Pago Pago, nor any other specific qualifications for candidates to transition to Honolulu.