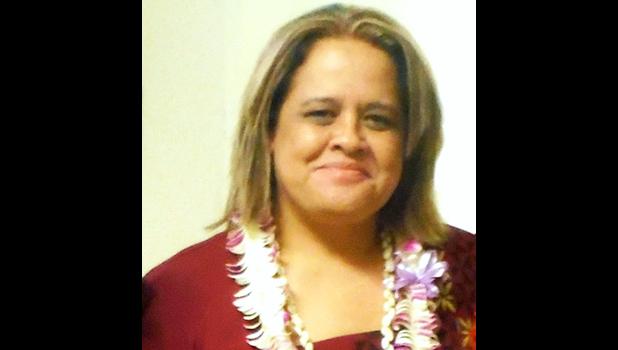 “… we have lost six of our instructors” and anticipate more
By
Fili Sagapolutele
fili@samoanews.com

Pago Pago, AMERICAN SAMOA — The American Samoa Community College is faced with a challenge heading into the new fiscal year, as instructors and other staff exit the territory’s only college, for higher salaries offered by the government and the local Department of Education (ASDOE) — which now has the starting pay for Master’s degree holder at $41,074 compared to ASCC’s current pay of $27,000.

And with no financial support from the Governor’s Office, as promised, ASCC President Dr. Rosevonne Pato told the Fono Joint Budget Committee on Tuesday that the college’s fiscal year 2022 budget submission proposes a $5 million hike in payroll for salary increases for instructors and staff.

(Samoa News points out that at this point, only the Executive Branch department’s office workforce has had salary increases based on the Administration’s play plan.)

Dr. Pato shared with the joint budget committee the challenge that ASCC faced in the current fiscal year and moving into FY 2022 — which begins Oct. 1, 2021.

She confirmed that, “We have a definite impact on mandated salary and reclassification” what become effective in May for ASDOE and by ASG in July.

“This mandated salary and the reclassification of the government and [AS]DOE forces ASCC to look at a higher education pay-scale,” she said, noting that ASCC now has a much lower pay-scale than ASDOE and this is not the standard in the US where colleges and institutions of higher education all have higher pay-scales than the K-12 school system.

Then in June this year, “before the salary increase of the government, we were told ‘move forward’ with putting in our budget,” she explained. “The situation that we are faced with now is, ASCC has not received any funding from the Governor’s Office and so we have not implemented any reclassification or any salary raise.”

She said the college would be putting into effect a tuition increase in the Fall semester which begins in about two weeks for the new academic year. “The tuition increase will cover our teacher salaries but not the rest of our staff,” she said, noting that “we’re caught in between” ASDOE and government, “because we are all losing our instructors.”

Dr. Pato said several of ASCC’s faculty have gone to work at ASDOE and ASG and the college is now “in a tight situation, losing our instructors in the coming Fall” academic school year.

“We know that without some support from the government, we cannot sustain the reclassification for all of our employees,” she said.

She shared with the committee what she described as the “problem with the reclassification” for the college.

“It is a requirement for the college for all our instructors to have a Master’s Degree. Unlike ASDOE, they can begin to teach with an Associate degree or Bachelor’s degree but not ASCC,” she said. She also shared with the committee a summary report of the breakdown of teachers’ pay at ASDOE versus ASCC.

She pointed out that the bulk of degree holders at the college are Master’s degree holders — that includes faculty, administrators and staff with Master's degrees and above. And as the college moves forward with reclassification, all employees need to move with the mandated amount implemented by ASG or ASDOE.

In the FY 2022 budget submission for Master's degree holders for teachers, “we are proposing to start $4,000 above [AS]DOE so we can maintain our education standards and not lose our teachers.”

Another situation faced by ASCC is that “we have four levels above our teachers, which creates a big problem for ASCC. We have chair-persons, program directors, deans, vice presidents and directors that are all above our faculty.”

“So if we move our faculty an  ASCC instructor with a Master’s degree.

She explained that the FY 2022 budget submission is an increase compared to the last few years as “we know that if we don't put into place a reclassification, particularly for our teachers, we will continue to lose teachers to the government or [AS]DOE.”

Sanitoa pointed out that, perhaps the governor is depending on these COVID related funds to assist the college with salary reclassification for instructors, from which ASDOE is using portions of its share to cover teacher salary increases. Additionally, local funds are also limited with a forecasted shortfall for FY 2021. And it’s not an easy issue to find additional local funding.

Dr. Pato informed the committee that the amount of subsidy received from ASG has decreased significantly over the years and even the approved ASG subsidy was not received in its entirety. She expressed appreciation — on behalf of the Board of Higher Education — for the Fono’s approval of a law in 2019 allocating portions of the tobacco tax to the college. ‘

She said the college has been getting over $1 million from the tobacco tax in the past two years.

Responding to questions from Sen. Utu Sila Poasa, the ASCC president said the college has had several vacancies for which they were ready to hire instructors.

“Because we cannot put into place the minimum reclassification yet, the applicants decided not to come to us,” she explained. Additionally, between June and “up to now, we have lost six of our instructors. And we anticipate losing more.”

Senate President Tuaolo Manaia Fruean asked, “Who told you to ‘move on’, with budget submission? Was it the governor or [his] chief of staff?”  Dr. Pato responded, it was the governor and the college did request financial assistance from the governor.

With Dr. Pato’s statement about instructors and other staff exiting the college, Tuaolo informed the joint committee that this is the reason he had serious concerns with the impact of the reclassification for teachers, who will end up moving to ASDOE.

He said there was no serious study carried out on the impact of such wage increases and reclassification and it has also impacted the private sector. Additionally, he has been worried about the impact on the college and now it has happened. He said the governor has used his Special Program budget to improve other areas but "what about the college?"

Tuaolo recommended that the ASCC budget be the subject later of further review by the joint committee and this motion was supported by other lawmakers.

As for enrollment, she said that for the past academic year it was about 3,000 students, mainly because of the closure of boarders and students weren’t able to go off island for higher education. For the summer enrollment it was 922 students.

Magalei asked if the college has looked at raising tuition higher and Dr. Pato responded that the have put the issue before the Board of Higher Education, the governing body of the college.

“We were proposing all the way up to $200 per credit. But when we looked at how much, we were also looking at the increase of enrollment. A lot of the students come to ASCC because of the low cost. And that's also what we were looking at — keeping it affordable,” Dr. Pato said.

On the question from Magalei regarding the federal Pell grant, for which only US nationals and citizens qualify, Dr. Pato said it’s $2,500 per semester for a student.

The committee requested specific reports from ASCC as lawmakers plan further review of their budget. Among the reports requested is a breakdown by month on how much ASCC actually needs for payroll. Budget hearings are currently schedule to conclude on Aug. 10th and the committee wants the reports submitted before that time.