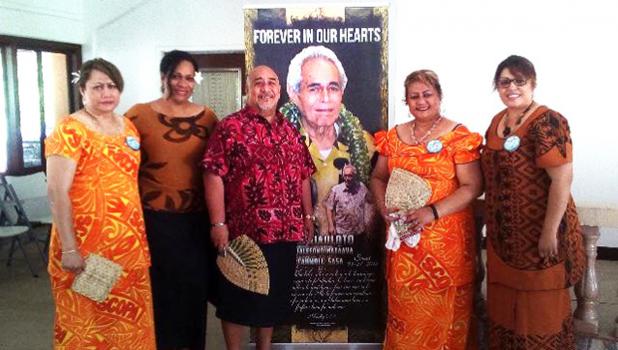 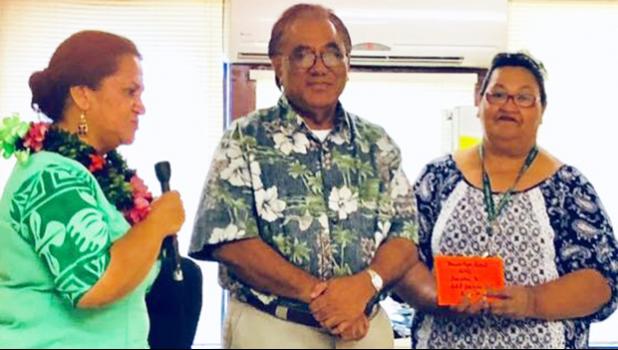 Pago Pago, AMERICAN SAMOA — The LBJ hospital recently received two “gestures of kindness and gifts” from a  local group and a family to help the only hospital in American Samoa and LBJ chief executive Faumuina John Faumuina has expressed sincere appreciation to them.

The most recent “wonderful gift” received by LBJ came from the National Honor Society (NHS) of Manu'a High School. The $1,000 donation was made June 22 to the hospital’s End Stage Renal Disease (ESRD) Dialysis Unit.

According to LBJ officials, this is the second year that Manu'a High School has given this community project donation to LBJ and the latest monetary gift was hand-delivered by Education Department director, Dr. Ruth Matagi-Tofiga to the CEO.

On behalf of the ESRD Dialysis Unit and hospital, Faumuina “humbly accepted the gift”, and said that he was “very touched by the gift from the young Manu’a NHS students,” LBJ officials said this past week.

“Although the CEO believes these students should focus on school and the next steps of their life after high school, he could not help but feel very humbled by such generous charitable acts from the Manu'a NHS students,” the officials said. “The CEO prays God will bless them in all of their future endeavors.”

And he explained “that the money will go a long way for purchases of equipment and supplies that will be used in the Dialysis Unit,” according to hospital officials.

Another “generous donation” of $500, according to information from LBJ, made on behalf of the Sasa Family — presented by Nanavale Sasa Ta'amu — was delivered by LBJ procurement manager, Sinasina Joseph Langkilde to Faumuina in January this year and received with “much gratitude.”

“The intent of this unique donation from the Sasa Family is to memorialize their father, Mr. Lealaiauloto Aofialefonomataava Laumoli Sasa. We have been informed that the Sasa Family will make this an annual contribution,” hospital officials told Samoa News yesterday.

In return, the CEO has informed the Sasa Family, “This monetary gift will help support the mission of the hospital through health care and related services that address the health needs of the people we serve.”