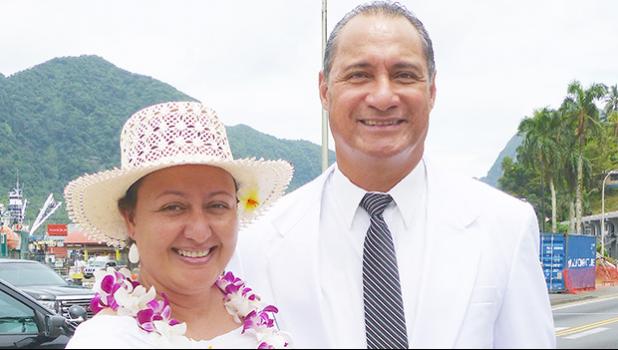 There has been much speculation about who would be appointed by Lemanu as acting directors for his cabinet and who would be the hold-overs from the Lolo Administration.

Among the those appointed to acting director posts from the Lolo Administration, according to the memo are:

•    Catherine A. Saelua - Planning and Budget

•    Matautu Dr. Peter Tinitali - Protection and Advocacy for the Disabled

Also appointed as acting director for the local Homeland Security Department (ASDHS), is Samana Semo Ve’ave’a. Samana had served as director for ASDHS during the Lolo Administration, until he resigned in April last year.

The memo also confirmed a rumor that has been circulating in the community for the three weeks, that Malemo L. Tausaga — who had served as deputy Secretary of Samoan Affairs in Lolo Administration and was chairman of the Lemanu and Talauega Campaign Committee 2020 — is acting ASG Treasurer.

Samoa News notes that these are all directorship posts which require Fono approval but it’s unclear as to whether the governor plans to submit these same names to the Legislature for confirmation as directors.

Lemanu needed to appoint acting directors as the government transitions into a new administration.

Separate memos were also signed by Lemanu this past Sunday, appointing leaders of executive branch offices and agencies, whose cabinet members are not subject to Fono approval. A majority of these offices come under the jurisdiction of the Governor’s Office.

*It should be noted that Aslele, King-Young and Poumele served in the same leadership posts in the Lolo Administration.

Copies of the governor’s memos were sent to Lt. Gov. Talauega Eleasalo Va’alele Ale and the Governor’s Chief of Staff, Tuimavave Tauapa’i Laupola — who served as acting chief procurement officer and at the Office of Public Information during the Lolo Administration.