Looking for a brighter 2018 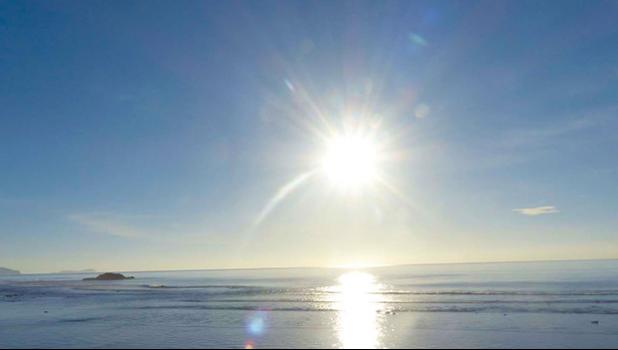 Even numbered years are always luckier…
By
Fili Sagapolutele
fili@samoanews.com

Church services and parties top the list of activities when American Samoa welcomes in 2018 at the stroke of 12 midnight Sunday night, the last in the U.S. “family” to do so. Guam will be the first U.S. possession to welcome in the New Year.

“...may the New Year bring our territory prosperity and continued peace and goodwill,” said Gov. Lolo Matalasi Moliga as part of his annual Christmas message released last week before Christmas 2017.

Samoa is the first country in the world to ring-in the New Year while American Samoa and Niue are the last places on earth to welcome 2018 with open arms, as territorial leaders hope for a blessed one, especially in terms of the economy, following many challenges in 2017, especially in the fishing and canned tuna industry.

StarKist Samoa is currently on a 3-week end of the year hiatus, after coming off a five-week shutdown due to repairs right after Thanksgiving. They cannery is the largest private employer on island.

There is also big hope by the Lolo Administration for new developments, including the start of construction of a multi-food processing plant in Tafuna that will employ up to 800 once fully operational.

Expected to attract new visitors, “Po o Moli” or the Night of Lights is a tradition for the Methodist Church on New Year’s Eve services at the more than 15 parishes of the Methodist synod in the territory.

The service is where different families and church groups make trees, about 10- 15 feet high, and decorate them with candy or flower ulas, yards of material, food items such as chips, cookies, canned goods and boxes of saimin. And of course, some are decorated with just cash.

At the end of the service, which is after midnight, decorations from the trees are given out first to the church and village leaders, the elders in the church, invited guests and finally to church members.

Many residents are also hopeful for rain-free and clear-skies for Tutuila so they can enjoy New Year’s Eve celebrations, including a chance to go out to Poloa village around 6p.m. to watch the last sunset of the year. Some residents told Samoa News that although New Year’s Eve falls on a Sunday, they still plan on going out to Poloa.

And for those who follow Chinese astrology — 2018 is the Year of the Brown Earth Dog which is predicted by the Chinese Horscope 2018 to be a “good year in all respects, but it will also be an exhausting year.” Chinese New Year falls on Feb. 16, 2018, according to the thechinesezodiac.org website.

Because New Year’s Eve falls on a Sunday, not many local establishments are planning big parties with free champagne to toast in 2018, although there are some who are planning to do so.

Bars and nightclubs are reminded by the Alcohol Beverage Control (ABC) Board to comply with local laws, which prohibit the sale of alcohol after 2 a.m., the normal closing time for bars and clubs. Retail stores are barred from selling beer or alcohol after 10 p.m.

Additionally, all sales of beer and alcohol in the stores, wholesale and retail, on Sunday are prohibited.

Perhaps the biggest New Year’s Eve celebration in the United States is the one at Times Square in New York City, and earlier this week workers put the finishing touches on the new crystal ball, which drops at midnight. The event will be carried live television and local residents can watch it on CNN’s special broadcast, which includes a global countdown to 2018.

Another major US event on New Year’s Day is the Rose Parade in Pasadena, California and it’s carried live by CBS network.

As in past years, the sound of fireworks — illegal in American Samoa — will be heard island-wide, mixed with the noise of the homemade Samoan cannons or “fagaofe”, which began to sound across the territory before Christmas Eve.

In observance of New Year’s Day, a local and national holiday, all government offices will be closed as well as many businesses including the local banks.

Police remind the public to celebrate safely and they will be out in full force to ensure a safe and Happy New Year. The annual DPS holiday law enforcement continues until Jan. 5, 2018.

Wishing all the people of American Samoa and our Toa o Samoa a Happy New Year 2018!