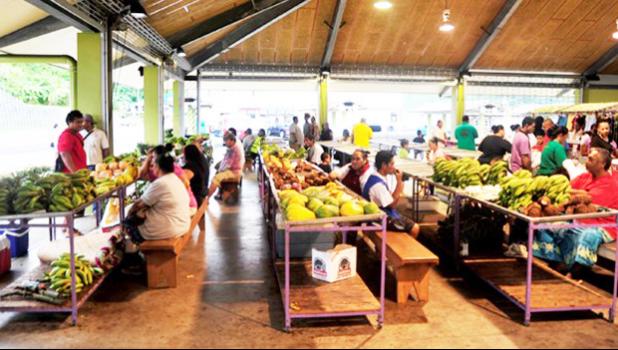 Pago Pago, AMERICAN SAMOA — A 26-year old man convicted of assaulting a man at the Fagatogo Market while intoxicated in February of this year was ordered by court not to set foot in the market during the period of his 12-month probation.

Welly Tapeni was initially charged with 3rd degree assault, public peace disturbance (PPD) and 3rd degree property damage, all class A misdemeanors, however under a plea agreement with the government, which was accepted by the court last week, Tapeni pled guilty to 3rd degree assault and PPD.

With his guilty plea, Tapeni admits that on Feb. 17, 2020, that while intoxicated, he assaulted a man by punching him multiple times. His actions on that day disturbed the public peace.

When asked to recap to the court the facts of the case, the government attorney claimed that around 4:34p.m, Friday, Feb. 17, 2020, the defendant was at the Fagatogo market with some of his friends, drinking and making noise around the market.

The victim was a 56-year farmer who sold his taro and bananas at the market. Out of anger and disrespect, Tapeni grabbed a taro belonging to the victim and threw it to another man.

The court told Tapeni that alcohol is not a good friend to him.

Tapeni was sentenced to a period of probation of 12 months, subject to several conditions. He has to attend and complete anger management, and he is to pay a fine of $125. While he’s on probation, he is not to set foot in the Fagatogo market nor to consume any alcohol, remain law abiding and stay away from his old friends who consume alcohol.