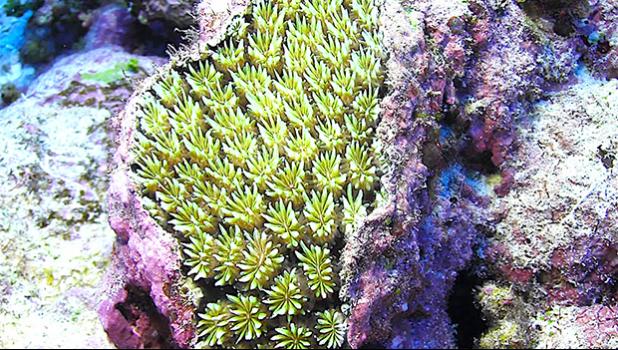 Pago Pago, AMERICAN SAMOA —  Most ocean enthusiasts are familiar with shallow coral reefs: colorful ecosystems teeming with life that support more species than any other marine environment. But what many people don’t know is that these reefs can extend to depths of over 500 feet. These deeper reefs are known as mesophotic coral ecosystems or “twilight reefs.”

It seeks to improve our scientific understanding of mesophotic coral ecosystems, so that resource managers like National Marine Sanctuary of American Samoa can better protect them.

The funding comes from NOAA’s National Centers for Coastal Ocean Science (NCCOS)  Competitive Research Program, in cooperation with the Office of National Marine Sanctuaries and Office of Ocean Exploration and Research.

Mesophotic coral ecosystems are located below conventional scuba diving depths, at about 100 to 500 feet or more. Due to their depth, they remain relatively understudied. They share some coral and fish species with shallow reefs, in addition to other species that are unique to these depths.

With the health of shallow coral reef ecosystems in decline, it is important to understand the value and role of mesophotic coral ecosystems in tropical and subtropical waters. These ecosystems serve as essential habitat for economically and ecologically important species to spawn, breed, feed, and grow to adulthood.

Yet it remains relatively unexplored.

There is only modest knowledge of the fish and corals found within mesophotic coral ecosystems in American Samoa. We have little to no information about the physical environment, habitat characteristics, water quality, or distribution of mesophotic coral ecosystems in the region. Improving our scientific understanding of these poorly-known habitats will help resource managers proactively develop strategies to manage and protect these ecosystems.

The project is led by the U.S. Fish and Wildlife Service, in partnership with Bishop Museum, the Hawai‘i Institute of Marine Biology at the University of Hawai‘i, Old Dominion University, and Papahānaumokuākea Marine National Monument.