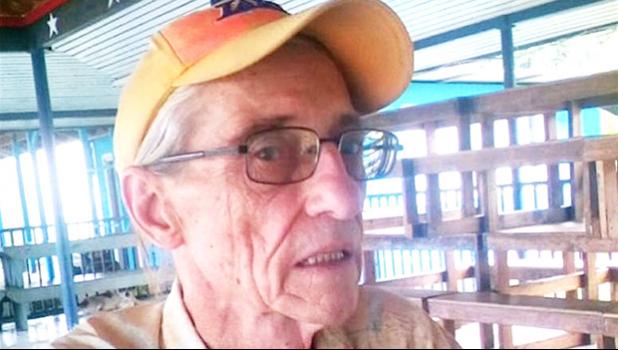 James Genne Barlow, a former instructor at the American Samoa Community College, was accused in 2012 of, among other things, giving three boys alcohol, watching pornographic movies, and having sex with them three times.

Following a High Court bench trial presided over by Chief Justice Michael Kruse, Barlow was convicted in July 2014 of 16 criminal charges including 2 counts of sodomy with a minor, 2 counts of deviate sexual assault in the first degree with a minor.

Kruse said at sentencing in January 2015, that police interviewed the three juveniles and “learned that the defendant has a disturbing sexual appetite for young boys.”

A US-based online news, LGBTQ Nation.com, reported last week Wednesday that Barlow is a 72-year-old gay US citizen currently jailed in American Samoa, and battling with the local High Court over his 24-year prison sentence.

Barlow’s 35-page petition of Writ of Habeas Corpus was filed Oct. 13, 2018 at the federal court in Honolulu, against respondents, Tauese Va’aomala Sunia — the current TCF Warden — and Soliali’i Fa’alepo — whom at the time was the director of the ASG Hawai’i Office.

(According to criminal.findlaw.com website, writ of habeas corpus — which literally means to "produce the body" — is a court order demanding that a public official — such as a warden —  deliver an imprisoned individual to the court and show a valid reason for that person's detention. The procedure provides a means for prison inmates, or others acting on their behalf, to dispute the legal basis for confinement.)

The petition, which is accompanied by more than 100 pages of exhibits, recalls the case heard before the High Court and its outcome, as well as other legal information. Barlow sought federal habeas relief under federal law, arguing that various components of his trial violated his rights under the Fifth and Sixth Amendments of the U.S. Constitution.

According to court documents, Barlow first argued that the prosecution failed to disclose critical exculpatory evidence, and that the trial court improperly restricted his right to cross examination and access to critical documents.

“Serious constitutional errors were committed requiring the petitioner’s conviction be vacated,” the petitioner wrote. “The government concealed important exculpatory evidence, falsely denied its existence to the court, and stood by silently while at least one of its witnesses perjured himself.”

Barlow alleged that the court refused to remedy this misconduct and instead, improperly restricted petitioner’s right of confrontation and cross-examination.

In response, Tauese and Fa’alepo moved to dismiss the petition for lack of personal jurisdiction and subject matter jurisdiction, and on the grounds that the Honolulu federal court is an improper venue.

The respondents argued, among other things, that there are two processes available in American Samoa that have not been pursued by Barlow — a writ of habeas corpus with the High Court and appeal of his case to the US Secretary of Interior, who has oversight of American Samoa, including the High Court.

“The quirk of American Samoa’s system, which gives oversight to the Secretary of Interior, should not mean that the decisions of its judges are given less deference than state judges addressing the same types of crimes,” the respondents argued. “The criminal justice system in American Samoa operates in much the same way as across the country.”

“This includes alternative, unpursued remedies being available prior to filing a federal habeas petition,” said the respondents who also argued against naming Fa’alepo as a respondent when he resides in Hawai’i.

The respondents are represented by attorneys with the Honolulu law firm, Imanaka Asato LLLC.

US District Court Judge Jill A. Otake, in her 26-page decision on Nov. 12th, first explained that there is no right to appeal a conviction from a court in American Samoa to an Article III court — which is the US Supreme Court and the federal appeals court.

Individuals convicted in the American Samoa High Court have, however, sought redress against the Secretary of Interior in Article III courts, the decision explained.

(Samoa News notes that the last known inmate jailed in American Samoa that filed a petition of Writ of Habeas Corpus at the federal court in Washington D.C. against the Secretary of Interior and several ASG officials, was Richard Majhor in October 2007. The case was later dismissed based on several issues raised by the court at the time).

In her decision, Otake notes that Barlow did not ask the Secretary of Interior to intervene, nor did he seek territorial habeas relief. Instead, petitioner seeks federal habeas relief under federal law, arguing various components of his trial violated his rights under the Fifth and Sixth Amendments.

The decision says that seeking habeas relief with the Honolulu federal court — the District of Hawai’i — “against the Warden is not proper; however it does not mean a citizen incarcerated in American Samoa is left without redress.”

Instead, this case justifies application of one established exception to the immediate custodian rule, which applies when a citizen is confined outside the territory of any federal district court.

“The court concludes that it lacks jurisdiction over a proper respondent,” wrote Otake, who dismissed the respondents’ request to dismiss the case. However, the court “also concludes that the interests of justice warrant transferring the petition to the [federal court in the] District of Columbia,” the decision said.

The case is now with the federal court in Washington D.C., according to court records, that don’t show when the next hearing will be.