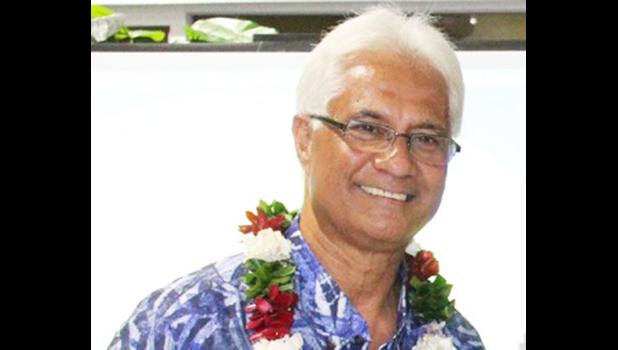 The first is the “road cut” on the Fagaima Road in front of the Assembly of God church.  “I am uncertain if this is ASPA's work,” Sanitoa wrote. “If it is ASPA's project, kindly have the crew or contractor repair it at the earliest possible time before another rain storm.”

A Samoa News staffer observed a crew carrying out the road cut mentioned by Sanitoa, last week, stopping traffic as a backhoe was used to dig up certain parts of the road.

The crew on the road didn’t say anything except to tell the Samoa News staff/ driver — “move”.

The other item raised by Sanitoa is the long-standing problem of stagnant water at the Hope House entrance, which he said “is literally a cesspool now as the staff are reporting a stench from the stagnant cesspool.”

He requested ASPA's Wastewater Honey Wagon to pump out the cesspool. “ASPA's assistance with this on-going problem is greatly appreciated as DPW's vacuum truck is still pending repairs,” he said.

Samoa News observed Wednesday afternoon, the ASPA honey-wagon and two workers clearing out the stagnant cesspool. However, the problem will continue once there is another round of heavy rain in the territory. With a bit of rain yesterday morning, water has gathered again in the same area, in front of the cemetery.