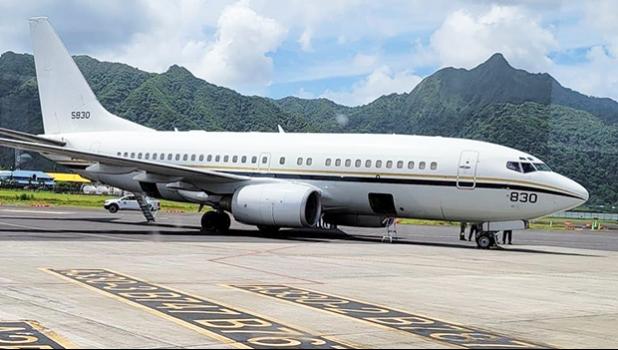 Washington, D.C. — Uifa’atali Amata is welcoming notice of a grant from the Federal Aviation Administration (FAA) providing over $66,000 for an aircraft rescue and fire fighting safety equipment project at Pago Pago International Airport.

Specifically, the grant of $66,666 is through the American Rescue Plan Act of 2021, and due to Congressional COVID funding, includes the matching requirement for American Samoa Government (adding $6,666 to the initial $60,000 grant amount.)

These federal funds will acquire a portable equipment cart, along with installing external modifications on one Airport Improvement Program funded aircraft rescue and fire fighting vehicle, for the Airport to use in conducting aqueous film forming foam testing — a fire suppressant to rapidly extinguish and smother flames.

“As grants go, this one isn’t the largest, but it could be very important safety equipment and forward-thinking to have in readiness,” said Amata. “Thank you most of all to Director Chris King for leading this project. Congratulations to Governor Lemanu Mauga and Lt. Governor Talauega Ale upon this airport safety improvement for our people. Finally, thank you to FAA Administrator Steve Dickson for continuing to include the needs of American Samoa in the FAA’s work, as this follows just days ago a major DOT runway investment for our airport.”

Congresswoman Uifa’atali Amata is welcoming a grant announcement for Pago Pago International Airport from the U.S. Department of Transportation (DOT) totaling over $18.8 million for runway rehabilitation, including $17.8 million in discretionary funds. These funds are derived from the FY 2022 Appropriations passed by Congress in March.

Earlier this week, Congress was given official notification of the discretionary portion of this DOT grant, specifically $17,819,676, for this American Samoa Government project. A more detailed Thursday notification by DOT included one million dollars in non-discretionary funds as well, increasing the total that was initially reported. All funds are designated to the runway rehabilitation project for the long term safety and reliability of the airport.

“I want to once again thank Transportation Secretary Pete Buttigieg and FAA Administrator Steve Dickson for this federal support that will improve our airport for years to come,” said Amata. “Our Pago Pago International Airport has one of the longest runways in all of the Pacific Islands, and this major project will keep our runway strategically capable for even the largest aircraft.”

“As remote islands, we rely on our airport as a key link to the United States, so I’m pleased to pass along official notification of these important funds,” continued Congresswoman Amata. “Congratulations to Governor Lemanu Mauga, Lt. Governor Talauega Ale, and Port Director Chris King as they lead this project.”