Remembering Colin Powell — a general and a statesman 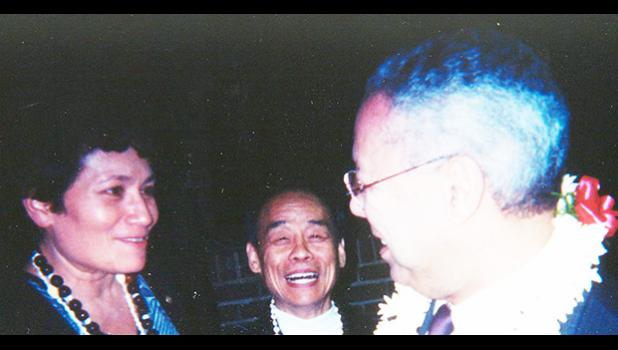 The governor pointed to the General’s love for his country as highlighted in his 40 years of public service, which include his stellar military career — serving as the first Black national security advisor under President Reagan and Chairman of the Joint Chiefs of Staff. He was also the first Black Secretary of State. He was both a diplomat and soldier who helped shape our national security and foreign policy, Lemanu noted.

As President Joe Biden stated, “He put country before self before party, before all else…” The is a testament of his unrelenting commitment to protect our great Nation, Lemanu said.

He concluded, “Let us reflect on the legacy of General Colin Powell as a trailblazer and role model…”

“As a member of President George W. Bush's advisory commission on Asian Americans and Pacific Islanders, I had an opportunity to meet with Secretary Colin Powell and greatly admired his broad knowledge of Pacific issues.

“General Powell led a life of leadership and service to the United States. His highest government role was U.S. Secretary of State in President George W. Bush’s administration, and he holds the distinction of being the first African American Secretary of State.

“During his service as Chairman of the Joint Chiefs of Staff, he was influential as President George H. W. Bush led a coalition to undo Iraq’s illegal aggression against Kuwait. He also served as National Security Advisor. In later life, he continued in an elder statesman role, occasionally choosing to speak out only on issues he saw as particularly important. He was a devoted family man, husband, father, and grandfather.

“May God bless his family during this time, as the nation honors his memory.”