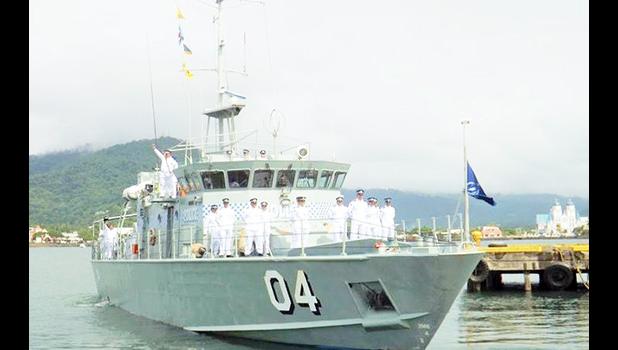 No boat until September
Source: RNZI

Apia, SAMOA — Samoa will be without a patrol and rescue boat until September after its only dedicated vessel was returned to Australia.

Police commissioner Fuiavailili Egon Keil said he was worried about an incident happening in the next four months.

It is unclear why the previous patrol boat was returned but it had reportedly been in service for 30 years.

SAMOA FERRIES ALSO TO BE REPLACED

Samoa's Transport Minister Papali'itele Niko Lee Hang told parliament this week the Japanese government was funding the replacement with a $US23 million grant.

But he did not say when the replacement ferry would arrive.

The Lady Naomi has been sailing between the Samoas for more than 20 years.

The government is also replacing the MV Lady Samoa III, the interisland ferry that sails between Mulifanua on Upolu and Savai'i's Salelologa.

Concern has been raised about the safety of the ferry after passengers posted photos of rusted fittings and rundown bathroom facilties.

Replacing the Savai'i ferry will be timely following electoral law changes which require voters to travel to their electoral districts to vote.

Voting is now also compulsory, meaning many voters travell between the islands during elections.

The replacement ferry is expected some time next year in time for the 2021 general election.

The Lady Samoa III was built for the Samoa government in 2009.