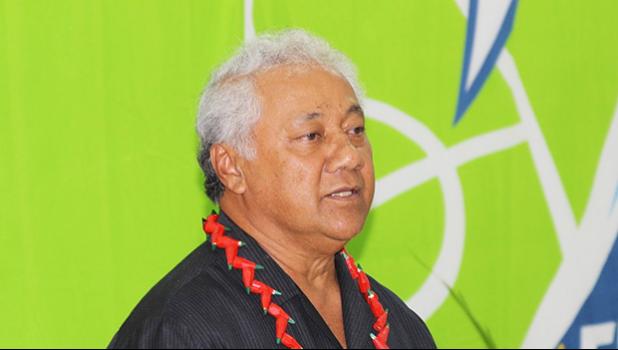 Pago Pago, AMERICAN SAMOA — The Senate Public Safety and Homeland Security Committee is conducting its own research before scheduling a hearing on an Administration bill that would establish the legal framework for setting up an American Samoa National Guard, says committee chair, Sen. Fai’ivae Iuli Godinet.

Gov. Lemanu Peleti Palepoi Sialega Mauga submitted the proposal to the Fono earlier this month, saying that the measure is a “first step towards forming a National Guard that would be available to defend the United States and assist our people in case of a natural disaster.”

The bill was introduced in the Fono last week and during last Friday’s Senate session, Fai’ivae announced that in case there is a question on when a hearing will be scheduled, he says the committee is conducting its own research into the bill at this time before setting a committee hearing.

Senate President Tuaolo Manaia Fruean pointed out when borders re-open, senators can travel off island to seek more information and conduct research at jurisdictions where they have national guards, for better understanding of this important issue.

American Samoa and the Commonwealth of the Northern Mariana Islands are the only U.S jurisdictions without the presence of National Guard units — although governors of both territories in the past have discussed the issue with federal officials over the years.

The U.S National Guard Bureau (NGB) in August 2015 completed a study into the feasibility of stationing National Guard units in American Samoa and CNMI. The study was required under provisions of a 2014 federal law.

The 30-page report from the study states that establishing units in both territories “is feasible; however, major steps are necessary to reach that end-state.”

“Before units are established in either jurisdiction, the executive branches of the respective territories, in coordination with the Department of the Interior, must ensure the necessary authorizations for a militia are enacted in territorial law,” the study says.

“Force allocation across all states and territories is problematic. There are several costing frameworks to consider. Selecting the framework to transfer force structure from one state or territory to American Samoa or CNMI will have an impact on the donor state or territory's ability to accommodate the National Guard Bureau's 'Essential Ten' homeland capabilities,” it says

The study noted that the two territories each have US Army Reserve (USAR) units.

However, the study points out that converting USAR to National Guard may require a force structure swap and have a similar impact on 'Essential Ten' for the donor state converting to USAR.

The preamble of the bill — now pending in the Fono — cites the 2015 study and that the first step to establishing a National Guard is establishing the legal framework.

The preamble also states that having a National Guard would enable the territory to support the defense of the United Sates and support the American Samoa Government in in times of emergency.

An American Samoa National Guard would have a significant impact during natural disasters, the preamble points out.

A sitting governor is the Commander-in-Chief of the local National Guard, according to the bill.